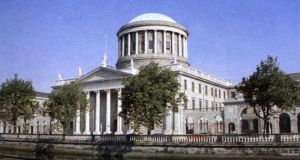 Details of the case are contained in a judgment published this week from Mr Justice Richard Humphreys.

A former Garda Sergeant who investigated a claim of child sexual abuse by two men, one associated with a Garda superintendent, is suing the Garda Commissioner and State over an alleged campaign of bullying and harassment of him in which he alleges a different Garda superintendent played a prominent role.

Paul Barry alleges harassment of him intensified after a criminal complaint was made in 2012 in relation to alleged child sexual abuse of a teenage girl by two adult males, one associated with superintendent John Quilter, Mr Justice Richard Humphreys said.

In a judgment published this week directing the Garda Síochána Ombudsman Commission (GSOC) to make pre-trial discovery of documents for the damages claim, the judge said it was alleged two males carried out sexual acts with a child on separate dates when she was aged 13 and 14. The complaint was made by the girl’s parents, not by her, after they found sexual material on her phone.

Supt Michael Comyns told the DPP’s office the girl met the suspects on a website where she represented herself as being aged 21. The DPP’s office, which saw photographic materials not before the court, thought she looked of legal age and directed no prosecution, the judge noted.

Sgt Barry, stationed in Fermoy in 2012, took a statement from the girl and claimed he was phoned that same evening by Supt Comyns asking about the allegations and was asked to fax a copy of the statement to Togher Garda station, Cork, which he did.

Sgt Barry claimed Supt Comyns told him, because of the suspect’s relationship with Supt Quilter, the suspect would have to be “looked after”, suggested the girl had represented herself as being older and instructed the report should record the girl was the instigator of the sexual acts.

Sgt Barry and the investigation team decided to arrest both suspects simultaneously. In the meantime, according to statements made later to GSOC, Supt Comyns told Supt Quilter about the complaint against the latter’s associate and apparently passed on some details from the girl’s statement, the judge said.

Supt Quilter attended at his associate’s home, advised him of the complaint, that he might be arrested and should get legal advice, the judge said.

Separately, Supt Comyns decided not to arrest the suspect but have him interviewed voluntarily at which point the suspect presented a prepared statement and offered no comment to questions.

Supt Comyns had effectively told the DPP, since he knew persons associated with one of the suspects, he wasn’t making any recommendation as to prosecution, the judge said. “Going to such pains to advertise a show of neutrality does not sit easily with what seems to have been quite a degree of prior private contact between Supts Comyns and Quilter, including what GSOC said was ongoing phone contact.”

Whether there is an explanation for this “possible contradiction” or “any legal justification” for the contact with Sgt Quilter at all may presumably be answered at the trial of the action, he said.

He said Sgt Barry says he did not support the idea of favourable treatment of the suspect on the basis of being an associate of Supt Quilter’s and submitted a report on July 30th, 2012, recommending both suspects be arrested.

Sgt Barry claimed the “payback” for not going along with Supt Comyns’ view of the matter began two days later when he was served by Supt Comyns, in a “sneering manner”, with a disciplinary notice for being 15 minutes late for duty.

Sgt Barry made a complaint against Supt Comyns in October 2012 which was rejected in June 2013 after “some form of investigation” by Chief Supt Catherine Kehoe which, on the face of things, did not seem to have been as effective as GSOC’s inquiries, the judge said.

After GSOC considered a complaint by Sgt Barry referred to it in 2016, it made a submission to the DPP’s office and the DPP decided not to charge Supt Comyns with perverting the course of justice. Sgt Quilter’s actions in giving advance warning to his associate did not seem to have been assessed under that particular heading, the judge said.

The DPP took the view there was no evidence to corroborate the claim Sgt Barry was pressurised to deal with the suspect in a particular way, he noted. It was asserted Supt Comyns was entitled to direct the suspect be interviewed voluntarily, there was insufficient evidence anyone leaked information to the suspect and the evidence did not establish inappropriate contact between the two superintendents that would constitute an attempt to pervert the course of justice.

Whether all those elements “square with the known facts” could be answered only at trial, the judge said.

A report from GSOC was challenged by Supt Comyns in the High Court on grounds, inter alia, he was not given an opportunity to respond to the allegations before the report was provided to the Minister for Justice. Sgt Barry was not put on notice of that case. On consent of GSOC, the court quashed the findings in June 2018.

It was “not entirely clear” why the matter was not sent back to GSOC for reconsideration in line with fair procedures, the judge said.