Regime scheduled to be introduced in October 2014 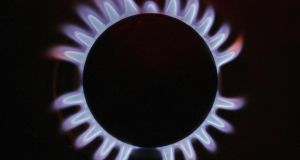 Two wholly owned subsidiaries of the US multinational Hess Corporation have lost their High Court challenge to the legality of the tariff regime proposed by the energy regulator for access to the State’s natural gas transmission network, owned by Bord Gais Eireann. The regime is scheduled to be introduced in October 2014.

Mr Justice John Cooke today delivered a lengthy reserved judgment dismissing on all grounds the judicial review challenge by Shannon LNG Ltd and Shannon LNG Energy Ltd, both wholly owned subsidaries of Hess Corporation,  to the decision by the Commission for Energy Regulation of June 2012.

The June 2012 decision concerns proposed tariffs to apply for use of, and access to, the BGE-owned transmission system and pipeline network for transport and delivery of natural gas in the State, including two undersea inter-connectors to the transmission network in the UK.

Shannon LNG was established in 2003 to develop a terminal near Tarbert, Co Limeirck, to be used to import liquified natural gas (LNG) to be shipped to the State and supplied to the on-shore transmission system through a new 26km pipline. The Shannon companies plan involved using Shannon LNG’s new terminal at Foynes and selling natural gas to wholesale buyers and large consumers such as power stations within Ireland.

Mr Justice Cooke rejected the companies’ claims the regulators tariff decision breached provisions of national or EU law, that the regulator had effectively granted an unnotified State aid to BGE contrary to EU law or that the Shannon companies were being required to cross-subsidise BGE’s operating costs.

What is envisaged is there should be “a broad correspondence” between the total revenue exacted by the operator from tariffs for access and the amount of revenues it requires for maintenance, operation and development of the transmission system, he said.  He described as “clearly unfounded” arguments BGE would infringe European law by conduct amounting to “margins squeeze”.

While some details of the proposed regime have yet to be finalised, the regulator had reached final conclusions as to how the existing transmisison regime will be reformed, he noted. The Shannon companies claimed those conclusions meant it, and the prodcuers on the Corrib gas pipeline, would be discriminated against in favour of shippers importing from the UK.

The conclusions include ending the current distinction, for tariff purposes, between onshore assets and offshore  interconnectors and by adopting a particular methodology as the future basis for entry point tariff calculation.

The judge noted all natural gas currently distributed within the State for supply originates in off-shore supply sources and the supplies are distributed over an on-shore transmission system or pipeline network belongign to BGE and operated by it through a wholly owned subsidiary, Gaslink.

Through the onshore transmission system, gas is supplied via a ring between the major centres of Dublin, Cork, Limerick and Galway with exit points and distrtibution spurs to other population centres. As of now, natural gas imported from otuside the State arrives at the ring main at two points north of Dublin while a small part of the total supply enters the system from the Kinsale head gas field.

Some 99 per cent of the total supply is imported from the UK through the two undersea interconnectors, running from Moffat in Scotalnd and coming ashore to join the main ring at the two main points at Loughshinny, Co Dublin, and Gormanstown, Co Meath. Another and new source of supply, from the Corrb gas field, is anticipated to become operational in 2015, the judge noted.

A central dispute in the action related to how the two inter-connectors were to be treated for tariff setting purposes and whether the gas delivered through them shoud be treated as entering the BGE systemn at Moffat, as the regulator argued, or at Loughshinny/Gormanstown, as the Shannon applicants contended.

The dispute related to the methodology proposed to be adopted for setting tarfiffs for access to and use of the interconnectors and the legality of treating them as an integral part of the BFE infrastructure rather than as a separate facility, the costs of which must be distinctly accounted for and recovered from those companies using them.

The anticipated effect of the two new sources of supply of natural gas — from the Shannon and Corrib operations — had led to the regulator undertaking a process of research, investigation and industry consultation which led to its June 2012 decision concluding reform of the current regulatory market for the regime was necessary.

Having analysed the evidence and law, the judge rejected arguments the regulator had acted, or proposed to act, unlawfully in the proposed alternations to the manner in which the BGE netowrk and interconnectors are treated for regulatory purposes and the basis upon which the tariffs for use of and access to the infrastructures are fixed.

The regulator was entitled to regard the interconnectors as an integral part of BGE’s transmission infrastructure and to charge a two part tariff for access to that system based on a Long Run Marginal Cost (LMRC) element and a “revenue shortfall” element and not upon actual costs incurred by BGE, he ruled.