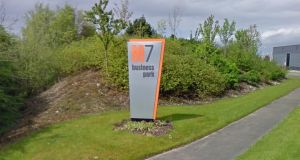 Tony McDermott died in a workplace accident at the M7 Business Park in Naas, Co Kildare.

Lessons learnt from the the death of a truck driver during a loading incident at a warehouse should improve safety across the transport industry, an inquest at Kildare Coroner’s Court heard.

Tony McDermott (53) from Camphill Park, Newtownbutler, Co Fermanagh, died from head injuries sustained when he was trapped between a reversing articulated lorry and the side wall of a loading bay at the MDS Distribution warehouse at the M7 Business Park near Naas, Co Kildare on February 17th, 2017.

The inquest heard the father of four had gotten off a fork lift truck he was driving in the warehouse to try and alert the driver of the lorry about something. which was unclear to the court.

Kevin Broderick, an inspector with the Health and Safety Authority, said Mr McDermott’s death had made the HSA recognise the need for additional safety measures to be rolled out across the industry to prevent a similar type of incident from recurring.

Kildare County Coroner, Professor Denis Cusack, said he hoped Mr McDermott’s family might derive some comfort that his death had resulted in improved safety features being used in warehouses.

“His tragic death may save some other families from enduring the same heartbreak,” said Professor Cusack.

A jury of five men and two women returned a verdict of accidental death.

Professor Cusack said he would bring the jury’s recommendations of introducing rear view cameras on trucks as well as a mechanism for improving communications between drivers and loaders to the attention of the Department of Transport and the HSA.

MDS Distribution was convicted for breaching Section 19 of the Safety, Health and Welfare at Work Act 2005 and fined €25,000 by Naas Circuit Criminal Court in March over the company’s failure to identify hazards and assess risks in relation to the circumstances leading to Mr McDermott’s death.

The court heard MDS had subsequently implemented all recommendations made by the HSA.