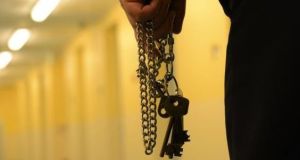 The defendant’s barrister submitted at Dublin Circuit Criminal Court that the fact that his client had been given morphine for pain while attending accident and emergency affected his behaviour. File photograph: Cyril Byrne/The Irish Times

A prisoner who “demonstrated admirable speed, dexterity and agility” when he slipped handcuffs and made “a run for it” will serve an additional six months in jail.

Michael Power (25) had been serving an eight and a half year sentence for a serious assault when he was escorted to hospital by three prison officers to get treatment for an abscess on his jaw.

His barrister submitted at Dublin Circuit Criminal Court that the fact that his client had been given morphine for pain while attending accident and emergency affected his behaviour.

“In his normal mindset he would not have done this. He saw an opportunity and he was uninhibited by the use of morphine,” Keith Spencer BL, defending, told Judge Martin Nolan.

Judge Nolan told Mr Spencer he felt he was placing too much emphasis on the morphine Power had been administered, referring counsel to the fact that his client had hopped a wall to escape custody.

“He demonstrated admirable speed, dexterity and agility to jump walls while on morphine,” Judge Nolan commented before he sentenced Power to six months in prison consecutive to the sentence he was serving at the time of his escape.

Power of Parlickstown Gardens, Mulhuddart, Dublin 15, pleaded guilty to escaping lawful custody at St James’s Hospital on March 20, 2019. He had been serving an eight and a half year prison term which had begun in October 2017.

Judge Nolan said that the prison officers were “behaving towards this prisoner in a kindly way and he took advantage of this, making a run for it”.

“It is difficult enough for prison officers to handle prisoners without this kind of behaviour,” he added.

Garda Deborah Nolan told Fionnuala O’Sullivan BL, prosecuting, that three prison officers had accompanied Power to hospital the previous night and he had spent the time there without incident.

He asked to go out to have a cigarette early the following morning and was accompanied by two of the officers. Power managed to slip his hand out of the cuffs and “ran for it”.

The prisoner officers lost sight of him behind a passing Luas but it was understood that he jumped the wall of a nearby housing estate to make good his escape. He was not located until the following July.

Gda Nolan agreed with Mr Spencer that Power had been administered morphine for pain to an abscess on his jaw while in St James’s. She accepted that he had not come to garda attention during the time he was “at large”.

Mr Spencer told Judge Nolan that Power had been doing very well in prison prior to his visit to hospital. He said he had been drug-free before he was given morphine as pain relief.

Counsel submitted that Power escaped so he could visit his family, particularly his daughter.