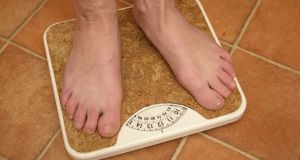 George McKelvey failed to declare his wife’s profits as a Weight Watchers leader from 2002 to 2009, which his accountant later estimated to be €309,813. Photograph: Joe St Leger/The Irish Times

A sub-contractor for Cash and Carry Kitchens who deliberately didn’t pay tax on his wife’s income as a Weight Watchers leader has avoided a jail term.

George McKelvey (57) who is originally from Dundee in Scotland, acknowledged that as he and his wife, Olive, were jointly assessed by Revenue it was his responsibility to disclose both their income.

However he failed to declare her profits from 2002 to 2009, which his accountant later estimated to be €309,813, and instead declared his wife as a homemaker with no income.

McKelvey of Kenure Lawns, Rush, Co Dublin pleaded guilty at Dublin Circuit Criminal Court to four sample charges of knowingly or willingly delivering to the Office of the Revenue Commissioner an incorrect return in connection with income tax relating to year ending 2005, 2006, 2008 and 2009 on various dates between November 2005 and January 2010. He has no previous convictions.

James Dwyer BL, defending, said 35 per cent of his client’s income was withheld by Revenue and if that amount exceeded his own current tax liability the balance would be paid off his bill. He also had set up a monthly online payment to Revenue of €433.

Judge Melanie Greally previously adjourned the case having heard evidence. She noted from a report from the Probation Service that McKelvey was considered a suitable candidate for community service.

She suspended an 18 month sentence and ordered that he carry out 240 hours work in the community within 12 months.

Inspector of taxes Fiona Phelan told Lisa Dempsey BL, prosecuting that McKelvey was registered for tax as a self-employed carpenter and submitted a form 11 income tax return, under joint assessment declaring Olive McKelvey as his spouse, for the years 2002 to 2009.

Insp Phelan said there was a special compliance project in relation to Weight Watchers leaders in Revenue and Olive McKelvey was identified as a leader in Rush. It was noted that there was no record of any income she received and a letter was issued to McKelvey in March 2011 to query any profit she may have made.

In response McKelvey submitted a summary of his wife’s profit for years 2002 to 2009 which he accepted was taxable income derived from her work as a Weight Watchers leader, including profits made on products sold by her at meetings.

He was later interviewed and confirmed that he was responsible for declaring income for both of them at the time.

McKelvey admitted he knowingly filed incorrect income tax in relation to his wife, referred to her as a homemaker and stated that she had no income.