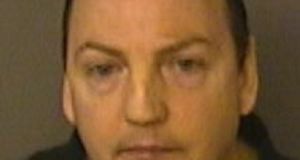 A man previously jailed for damaging a €10 million Monet painting has received a two year sentence for handling an oil painting stolen from a stately home.

Andrew Shannon (54) of Willians Way, Ongar, Clonsilla, Dublin, was convicted by a jury at Dublin Circuit Criminal Court for possession of a stolen painting valued at €5,000 at his home on January 31st, 2014.

Judge Patricia Ryan sentenced Shannon on Friday to two years imprisonment, which she backdated to February 20th, 2018, the day he first went into custody on these matters.

Sgt McCarthy said that gardaí ­ obtained a warrant to search Shannon’s home on an unrelated matter in 2014 and noticed various pieces of art hanging on the walls, one of which was the Goodall oil painting.

Shannon was charged with the offence in September 2016 and released on bail. He violated the terms of his bail by travelling to the United Kingdom and a European Arrest Warrant was issued to bring him back to this jurisdiction.

He was convicted by a jury on November 28th, 2018 following a two-day trial.

Shannon has 51 previous convictions, 13 of which relate to matters in foreign jurisdictions, including convictions for theft, burglary, and handling stolen property. Many of these convictions relate to the theft of antiques and burglaries atf stately homes.

He received a six-year sentence after being convicted for damaging a Claude Monet painting entitled Argenteuil with a Single Sail Boat (1874) at the National Gallery of Ireland on Clare Street on June 29th, 2012.

The Monet painting is estimated to be worth €10 million.

Justin McQuade BL, defending, said his client was single and had no dependents. Shannon has ongoing health difficulties and underwent a quadruple bypass heart surgery in 2013.

Mr McQuade said that Shannon is a student in Mountjoy Education Centre and attends art classes on a regular basis.

Judge Ryan said the mitigating factors in the case were Shannon’s ill health, his age, a favourable governor’s report and the fact that he has been in custody since 2012 with the exception of seven months over that period.

Judge Ryan had been about to adjourn the matter for finalisation on Wednesday next, only for Shannon to say in court that he was already under enough stress and asked her to “get it over with now.”