Judge ‘cannot believe a word’ from plaintiffs in insurance case 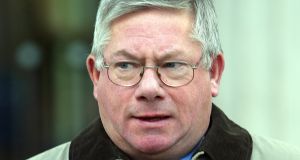 A judge has told three men he believed they were making up their evidence as in relation to damages claims totalling €180,000 for personal injuries.

The president of the Circuit Court, Mr Justice Raymond Groarke, dismissed all of their claims arising from what was described as a low-impact rear-ending in which one of the claimants said he “considered his life to be in danger in the crash.”

The men sued a car rental company that trades as Budget Car, Avis and Evergrey, against whom personal injury claims were withdrawn by two other plaintiffs during the court call-over.

Judge Groarke told barrister Shane English, who appeared with Crowley Millar Solicitors for Allianz Insurance, that he did not know what was going on when he noticed medical reports relating to two of the plaintiffs were almost identical.

Mr English told the court that Jamal Khan, the driver, had been unable to say where his two friends were sitting in his car. He accused him of having lied to gardaí about where he lived and that he joined Wakil Khan in lying to the court about their injuries.

The three claimed to have suffered back injuries in an incident that took place on November 4th, 2013 at Promenade Road, Dublin Port.

Garda Maeve Hamilton of Dublin’s Store Street Garda Station described the cars as having “tipped” off each other leaving a “slight scratch” on the rear bumper of Jamal Khan’s car.

Jamal Khan told the court he feared for his life when the rental car struck his, and that he had had afterwards sat on the road vomiting for minutes as a result of stress and worry.

Liability was conceded in the case. But following a clinical cross-examination by Mr English on behalf of Allianz Insurance during an assessment of injury damages, the judge threw out all the claims, awarding costs against the three men.

Mr English told the court that Jamal Khan had insisted on having an interpreter in court but, according to a medical report, had himself acted as interpreter for one of his fellow claimants during a consultation with a doctor.

Judge Groarke said it was a long time since he had come across such an extraordinary similarity of injuries arising from a slight impact and wondered why Jamal Khan had gone through the charade of not understanding English.

“I’m afraid I’m left with a situation where I cannot believe a word any of these three plaintiffs have said,” the judge said.