Letterkenny man Rory Lenihan was paid a total of more than €6,000 for information 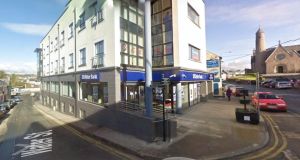 A Letterkenny civil servant has pleaded guilty to corruption and theft. Rory Lenihan admitted at Donegal Circuit Court to stealing private information relating to social welfare recipients and selling it to a private investigator for more than €6,000.

Lenihan, of 2A Ballaghderg, Letterkenny, who worked for the Department of Social Protection, pleaded guilty to accessing the information, for which money from a private investigator trying to locate people was lodged into his Ulster Bank account in Donegal town.

Defence counsel Peter Nolan asked for an adjournment to next sitting of Letterkenny Circuit Court on January 23rd and said Lenihan had no previous convictions. Judge John Aylmer agreed and also assented to continuing bail.