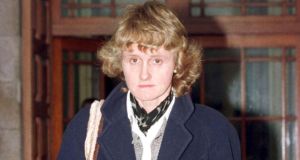 Assistant State Pathologist Dr Margo Bolster said the cause of death of a woman found in a house in Kenmare, Co Kerry, could not be determined but there were no signs of trauma. Photograph: Marc O’Sullivan/Collins


A woman was dead for up to four months in a house in Kenmare, Co Kerry, before anyone noticed, an inquest into her death in Killarney was told.

Coroner for south Kerry, Terence Casey said there was a lesson here for everyone “to keep an eye out for our neighbours”.

The woman was identified as Lalita Sarna (51), a British passport holder. She had lived in a development on the Sneem Road since December 2011 and, before that, in Tralee, gardaí believe.

No family of the deceased came forward despite efforts by gardaí, who conducted appeals here and searches through Interpol.

Body of cat
A council worker called to the house on May 24th last year. He noticed the body of Ms Sarna’s cat inside the window and raised the alarm.

The Limerick company which owns the property was contacted and sent a local man who does maintenance work for them to the house. Inside he found Ms Sarna’s decomposed body at the top of the landing.

Assistant State Pathologist Dr Margot Bolster said the cause of death could not be determined but there were no signs of trauma.

A local woman said she had last seen Ms Sarna on February 1st, 2013, going to the shop. She kept very much to herself. She appeared to have become very thin, the witness said.

Ms Sarna’s date of death could not be determined exactly and was found to have occurred between February 1st and May 24th, 2013.