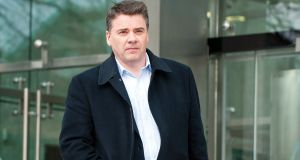 Letters that reduced the conditions of loans taken out by businessmen to buy shares in Anglo Irish Bank were sent in “an error of judgment”, the trial of three former directors of the bank heard this morning.

An internal Anglo report by Pat Whelan, then head of the banks’ lending in Ireland, written over the Christmas of 2008, also said some decisions made by the bank at the time were “unwise” in hindsight, but were done to keep the bank alive at a time when it seemed to be “under attack from all sides”.

Extracts from the report, “Review of Quinn Group and Related Transactions” was read into the record at the Dublin Circuit Criminal Court this morning.

In it, Mr Whelan said he and then chief executive David Drumm felt very strongly that they had asked clients, known as the Maple 10, to support the bank at a very difficult time and “their support for the bank had put them at risk”.

The Maple 10 had bought shares in Anglo using loans from the bank as part of a deal to unwind businessman Sean Quinn’s holding in it in July 2008. The value of the shares had increased following the transaction, but then reduced considerably.

The initial loan facility letters to the Maple 10 included recourse terms of 25 per cent, meaning that the bank could pursue the borrowers personally for a quarter of any outstanding balance.

But in late 2008, new loan facility letters were drawn up which effectively meant there would be no personal recourse.

“Having discussed the matter with David, he agreed that the bank had a duty to protect these clients and it was agreed that the clients needed some form of bargaining position to allow them buy time in repaying,” Mr Whelan said in his report.

Under questioning by gardaí in April 2010, Mr Whelan said the idea of new loan facility letters for the Maple 10 was Mr Drumm’s “concept”. Asked if he was concerned, he said “you don’t question the CEO”. He also said he assumed the matter would come up for discussion later and they could debate it.

Seán FitzPatrick (65) of Greystones, Co Wicklow; Willie McAteer (63) of Rathgar, Dublin; and Mr Whelan (51) of Malahide, Dublin, have been charged with 16 counts of providing unlawful financial assistance to 16 individuals in July 2008 to buy shares in the bank, contrary to section 60 of the Companies Act.

Mr Whelan’s report said Mr Drumm told him to prepare the new loan facility letters with the reduced terms. These letters were to be kept on file for the clients and not sent out, but they were posted “due to a clerical error” to six of the clients. They were returned signed and only one of the clients noticed the change.

“On reflection, the concept of these protection letters was an error of judgment and they should not have been issued,” Mr Whelan said in his report.

Despite the approval of Mr Drumm as chief executive, “they should have been brought to the board’s attention”.

In the summary to his report, Mr Whelan said a number of decisions were made “during this difficult period which were required to keep the bank alive” and “with the benefit of hindsight”they “appear unwise”. These included continuing to extend facilities to Mr Quinn and involving the Maple 10 in the unwind deal.

Mr Whelan said he believed all decisions were made “in the best interests of the bank, our shareholders, depositors and our clients in a period which felt like we were under attack on all fronts”.