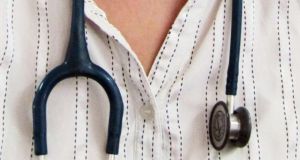 A doctor working at Dublin’s Connolly Hospital on the night of the Swedish House Mafia concert told an inquest that the emergency department dealt with an “unprecedented” number of transfers following the gig.

Emergency medicine registrar Dr Salah Bibars told the inquest into the death of Shane Brophy (21) from The Swan, Crettyard in Co Laois, that the environment in A&E on the night was “quite difficult”.

Mr Brophy died at the Blanchardstown hospital on July 8th last year. Dublin Coroner’s Court previously heard that he had collapsed at the home of a friend after attending the concert. The pathologist gave the cause of death as drug toxicity involving “ecstasy and possibly cocaine”.

At the resumption of the inquest, Dr Bibars told the court that Connolly’s emergency department received the biggest share of transfers from the concert.

“I remember the department to be exceptionally busy as a result of an unprecedented number of ambulance transfers from the music concert held in Phoenix Park earlier that day,” he said.

There were a “lot” of people intoxicated, young people who had taken drugs and the hospital also dealt with six “minor” stabbings, he said. There were health and safety issues in the department as a result of people coming in covered in mud up to their waist, he added.

When asked by barrister for the family Muireann Noonan if the situation required extra staff, Dr Bibars said that they had been able to deal with the case load but described the environment as “quite difficult”.

Dr Bibars saw Mr Brophy immediately on arrival at 3.45am and paramedics told him that his friends had said he may have taken a “large number of illicit drugs in addition to alcohol”. He was administered Naloxone, an antidote given to patients who may have taken opiates. The toxicology screen subsequently found amphetamine, methamphetamine and cocaine only in Mr Brophy’s urine.

Dr Bibars said it is protocol to give Naloxone to overdose patients while waiting on the results of a toxicology screen which can take ten minutes. The drug would not harm patients, he said.

A number of the Brophy family were present, however, the court heard that his parents were delayed by a major accident in Athy. The inquest was adjourned to January 17 to allow them to hear the verdict.