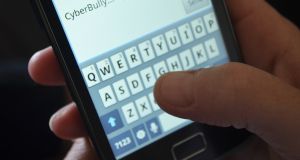 The judge said that Sean Carraher, of Stradbrook Hill, Blackrock, Dublin, had “all the attributes of a bully”. He used “the anonymity of one-way traffic of the internet” to make allegations of corruption. Photograph: Getty Images 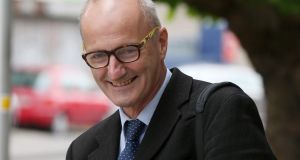 The judge said that Sean Carraher made the allegations despite not having “one whit” of evidence to support them. He was sentenced to five years in jail for harassing Garda Sgt Conor Gilmartin between March 2009 and May 2011. File photograph: Collins

Last week, a self-described whistleblower was sentenced to five years in prison for the online harassment of a Garda sergeant. Judge Patrick McCartan said he was imposing the five- year sentence on Sean Carraher to “send out a message to any other that thinks of spreading information that is grossly defamatory”.

Carraher, of Stradbrook Hill, Blackrock, Dublin, had “all the attributes of a bully”, the judge said. He used “the anonymity of one-way traffic of the internet” to make the allegations of corruption, despite not having “one whit” of evidence to support them.

The sentence follows a defamation case in the civil courts last month, in which a Co Monaghan man was ordered to pay €75,000 in damages after he posted comments on Facebook.

In awarding the maximum allowable damages against John Gilsenan, of Grigg, Doohamlet, Castleblayney, Judge John O’Hagan said his order should “teach people posting messages on the social media site to be very careful”.

That particular case was described as “a wake-up call” for online commentators, reminding them that if they engage in “pub talk” on social media, they are subject to exactly the same laws of libel that apply to newspapers and broadcasters.

So is the tide finally turning against those who engage in illegal online behaviour such as harassment, defamation and even threats of violence?

Regina Doherty thinks so. The Government Chief Whip has spoken forcefully about the abuse she and other politicians experience online.

“It certainly sends out a powerful message to those who seem to think they are doing no harm, that free speech somehow entities them to their opinions,” she says.

Eoin O’Dell, associate law professor at Trinity College, says that attitudes are definitely changing as people become aware of the legal consequences of their actions.

“When you have high-profile cases with significant damages or sentencing, that has a broader impact,” O’Dell says, pointing to other well-publicised cases, such as the conviction of a Dublin council worker last year for anti-Semitic abuse of former minister Alan Shatter.

Also last year, a number of politicians proposed new laws to deal specifically with online abuse. Senator Lorraine Higgins and TD Pat Rabbitte both put forward Bills tailored to the digital world. Their proposals died with the dissolution of the last Dáil, with no sign of them being revived.

“The initial argument was that the internet is different so it needs different laws,” he says. “But the answer to that is to look first at our existing laws to see whether they’re sufficient. To a man with a hammer, every problem looks like a nail. So if you’re a legislator, new laws always look like the answer.

“The real answer,” he adds, “is to look at the existing laws first to see what’s sufficient and what needs tweaking.”

Fergal Crehan is a barrister specialising in cases relating to digital issues such as privacy and harassment. He agrees that the proposed new legislation was misguided. “Barring a couple of gaps here and there, the laws are already in place. And we don’t want to make something illegal online that isn’t illegal offline.”

One area of law O’Dell says might need tweaking is the actual definition of harassment. Current law define harassment as a pattern of behaviour, but a single act of harassment online, can, he says, be damaging.

Still, there’s no doubt that Rabbitte and Higgins’s proposals tapped into a widespread belief that there were no consequences for harassing or defaming a person on social media sites such as Facebook and Twitter.

Crehan agrees that high-profile cases such as the one in the past week can help to dispel that notion, but he believes there are still two significant knowledge gaps that need to be addressed. “There’s the public knowledge gap, where people feel there’s nothing that can be done.”

He point out there are “lots of ads telling us not to undercook our food on the barbecue”, and that something similar about online behaviour would help inform people of their rights and obligations.

“There’s also a knowledge gap in the Garda,” Crehan says. “There were mechanisms available in last week’s case which might not be available to a 19-year-old girl who walks into a Garda station to make a complaint.

“I’ve heard of people being told by gardaí that there’s nothing that they can do. People have been told it’s impossible to investigate because there’s no broadband in the station.

“One of the problems is it’s incredibly labour-intensive. You are in Dublin, but somebody in Donegal is abusing you. What station do you go to? Who does the investigation? That’s why guidelines are very important.”

O’Dell believes the Garda is becoming more responsive to these cases. “They do understand this better now,” he says. “And they are responding. But no system is perfect.”

He says knowledge and resources are linked, and more training is probably needed.

One of the difficulties with behaviour online and on social media is that it may not be illegal but can still be deeply hurtful and offensive, and is amplified by the immediacy and intimacy of the technology. Public figures in general and female politicians in particular have talked about the emotional impact of this.

“Yes, it’s a real difficulty,” says Crehan. “Because sometimes the material is so offensive that emotions take over. Also because so much of it is misogynistic. But it’s not a crime to say something offensive to a person.”

In such situations, the victim’s only redress is to complain to the social platform on which the material appears. O’Dell says the big social media companies are now getting better at dealing with offenders.

“Twitter in particular is becoming very responsive to users being trolled,” he says. “They’ve become good at blocking bad behaviour.”