Call for public inquiry into shooting that killed Garda Golden

Adrian Crevan Mackin killed himself and garda, and wounded Siobhán Philips in 2015 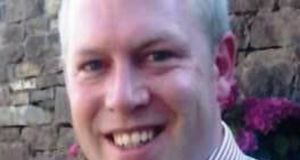 The family of a woman shot by Adrian Crevan Mackin, who also shot dead Garda Tony Golden, have called on the Government to establish a public inquiry into the attack.

Siobhán Philips (24) was shot four times, including in the head, by her partner Mackin as she was gathering her personal items from her Co Louth home to leave him.

Garda Golden had accompanied her to the property just outside Omeath village, because Mackin had previously attacked her.

However, when they entered the house on the Mullach Álainn estate and father of three Garda Golden (36) told Mackin that Ms Philips was leaving, he produced a gun.

The 24-year-old, originally from Co Down, shot Garda Golden dead and critically wounded Ms Philips before fatally turning the gun on himself.

The Garda Síochána Ombudsman Commission (Gsoc) is investigating the events leading up to the triple shooting on Sunday, October 11th, 2015.

It is investigating the circumstances of Mackin being granted bail nine months earlier after having been charged with membership of the IRA. Gsoc is also examining allegations, from his sister, that Mackin was being run by the Garda as an informant.

The Irish Times understands he was never registered as an informer and that the phone number of a Garda member was found on his phone when it was examined after his death.

Gardaí must register all informers and those on bail awaiting trial cannot be informers.

Seán Philips, the father of the injured woman, in an RTÉ Prime Time report on Thursday questioned why Mackin was on bail in light of the fact he was serving a suspended three-year sentence for firearms in the North.

The Gsoc inquiry is seeking to establish if the Garda was aware of the suspended sentence and, if so, whether those facts were presented to the Special Criminal Court when it was granting Mackin bail.

Mackin’s criminal background became public knowledge shortly after his death and the fact that he was a suspected informant was also reported at the time.

However, Prime Time’s report represented the first time his family revealed he had made claims to them that he was a Garda informer.

Mr Philips described as “nuts” the fact Mackin was not charged with firearms offences in the Republic in January when he was arrested and admitted buying and possessing guns.

Katie McAllister, of Madden & Finucane Solicitors for the family, said more information and accountability was required. This could only happen with an investigation “at the highest level”.

“We have been instructed today to issue proceedings in the High Court in Dublin,” she said. “And we will be writing to Frances Fitzgerald requesting that she immediately establish a public inquiry.”

Mackin’s sister has alleged he revealed to gardaí the location of a derelict house in Co Louth where he had hidden two firearms.

She claims Mackin told her he may be required to supply similar information to the Garda in the future as a precondition of remaining out of prison while he awaited trial on the charge of IRA membership.

That charge resulted from information supplied by the US authorities in January, 2015.

The Garda was contacted by the FBI and told that Mackin had been purchasing firearms online from the US along with chemicals and other materials for making explosives.

Gardaí went to his home and arrested him. After a very brief period in Portlaoise Prison, where republican prisoners suspected he was an informer and refused to accept him on to their wing, he was released on bail.

The Garda ombudsman has confirmed it began an inquiry “in late 2016” into the case.

“Full and timely co-operation of the Garda Síochána and other organisations will be critical to the effectiveness and progress of this important investigation,” it said.

Gsoc added it would “use all its legal powers to try to ensure this co-operation”.

Its inquiry is examining whether all possible precautions were taken to protect Ms Philips and the general public from the danger posed by Philips.

Gsoc is also investigating the “extent and nature” of the Garda’s interaction with Mackin, where Ms Philips and her family’s concerns were dealt with appropriately by the Garda and whether the force delayed in reviewing the events on the night Garda Golden was murdered.

The Policing Authority has welcomed the Gsoc inquiry, which has been opened in the public interest.