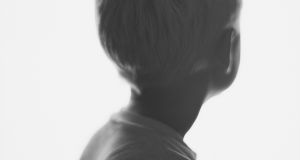 A boy at the centre of an adoption battle was allegedly conceived by his Northern Irish mother drugging and raping the Muslim father, a court has heard.

The claim featured in a failed legal challenge to the five-year-old child being taken into care.

Senior judges rejected allegations that social workers treated the father with racial and sexist prejudice. They said there was no evidence to back unfounded claims made to explain his own “indefensible actions” in a case where the child was held to have been emotionally scarred by domestic violence between his parents.

The man, referred to as “E”, had been attempting to overturn High Court decisions to grant a health trust’s application for a care order and to free his son, “M”, for adoption. E is an asylum seeker who arrived in Belfast in 2007 after paying to be smuggled into the UK.

The boy’s mother, “W”, has other children from a previous arranged marriage she entered into at the age of 17. She did not take part in the challenge mounted by the boy’s father.

The Court of Appeal heard the couple’s time together had been “permeated with physical violence”.

Setting out the background to the case, Lord Justice Gillen said: “An indication of the nature of their relationship can be seen in E’s claim that their son M, the subject of the present proceedings, was conceived by virtue of W drugging and then raping E.”

Just before the boy was born in 2010 his mother told a midwife she could not care for the baby because her family would not accept the father’s racial and cultural background. Social services then voiced concerns about E’s ability, capacity and suitability to look after his son amid a police investigation into an alleged assault on another female.

The volatility continued after the boy was born.

During one row in the street later that year, W tried to strike the father with a brush while he was holding their child, the court heard. Police called to the scene had to prise M from his arms. A month later, the Trust was granted emergency protection and interim care orders for the boy.

Earlier this year a High Court judge ruled in favour of the child being freed for adoption. Counsel for E challenged the verdict by contending the evidence of social workers, police and expert witnesses was all flawed and motivated by racial and sexist prejudice against his client. He argued that, despite the child being given a Muslim name, the Trust had attempted to delete his culture and assert the use of a Christian name.

But dismissing the appeal, Lord Justice Gillen, sitting with Lord Justices Girvan and Coghlin, said the trial judge’s handling of the case was “comprehensive and flawless”.

He added: “We found not the slightest evidence that . . . the experts or social workers were motivated by racism or sexism. This was an allegation made by E without any foundation and sadly illustrated only too well, even at this stage in the proceedings, E’s propensity to resort to any implausible allegation to support his own self-conception and so as to explain away his indefensible actions.”