30-year-old accused of two counts of fraud, six counts of theft and one of driving while disqualified 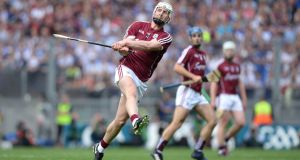 A Belfast man was remanded into custody on Saturday accused of an online fraud of tickets to the GAA All-Ireland final.

Appearing in Belfast Magistrates Court, Wesley Brennan (30) spoke only to confirm that he understood the charges against him.

Mr Brennan, of College Green, appeared on 11 offences across two bills of indictment.

In relation to the alleged GAA online ticket fraud, Mr Brennan was charged with fraud by false representation on dates between August 21st and September 7th this year in that he allegedly created false advertising with intent to cause loss to a named victim and “at least two other people”.

On that same indictment, Brennan was also accused of stealing a PS4, a controller and six games .

The nine counts on the second indictment accuse Brennan of two counts of fraud by false representation, six counts of theft and one of driving while disqualified, allegedly committed on various dates between March 24th and July 6th this year.

Giving evidence to the court, Detective Constable Wilson said he knew the circumstances behind each of the offences and he believed he could connect Brennan to them.

As no application for bail was lodged with the court, District Judge George Conner remanded Brennan into custody to appear again via videolink on September 29th.