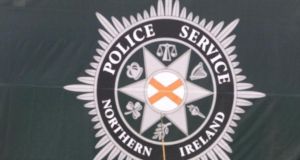 An overnight explosion in Belfast city centre was caused by an ignited aerosol, police have said.

An overnight explosion in Belfast city centre was caused by an ignited aerosol, police have said.

A security alert was triggered in the Chichester Street/Victoria Street area after a man dressed all in black was seen setting something alight shortly after midnight.

Army bomb disposal experts were called in and the streets were sealed off as they examined the suspicious object, amid fears it was a partially detonated bomb.

It has now been declared as a holdall containing an exploded aerosol can.

No damage was caused by the explosion.

Police have urged anyone who saw the man with the holdall or any other suspicious activity in the area to come forward.

Traffic diversions put in place as a precautionary measure have now been lifted.

On Sunday, four teenagers were brought to hospital after at least one aerosol exploded in a house in Drogheda. The explosion caused some structural damage to the house in the Marian Park area.