At a glance: the Guerin report 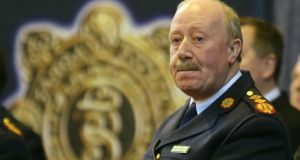 This followed a storm of controversy which blew up in the Dáil after concerns were raised by Fianna Fáil leader Micheál Martin over McCabe’s dossier of claims.

Terms of
reference
Set by the Government, they included interviewing Sgt McCabe and “any other such person” who may prove necessary in assisting the review. They also included the option of recommending a commission of investigation, if needed, in order to address public concerns.

The main
allegations
Sgt McCabe made a series of allegations of Garda misconduct. They included :

Malpractice and corruption relating to the Garda computer system, Pulse

The handling of an assault and a child abduction by Jerry McGrath, who was released on bail and later convicted of murder

The investigation of sexual offences and child pornography offences by a priest, in particular regard to the loss of a computer seized during the probe

The Garda, the Garda Ombudsman and officials at the Department of Justice all failed to heed the word of Sgt McCabe after he first raised concerns

Sgt McCabe
It was beyond the scope of the review to deliver a verdict on the substance of his allegations, but the report makes clear that Sgt McCabe’s allegations weren’t investigation properly and that he suffered for his actions.

The review also contains praise for Sgt McCabe from four senior-ranking gardaí, one of whom said he was an excellent officer who said he gave “200 per cent” commitment to the force.

Garda
Síochána
Internal Garda inquiries into allegations of malpractice and incompetence were inadequate.

The review recommends a commission of investigation into the Garda’s handling of these internal inquiries, including the general conduct of policing in the Bailieboro district

Alan Shatter and Justice Department
The response of the department and the minister when the matters were passed to them for assessment was also found to be inadequate.

Instead of exercising independence, as was required under the law, they appeared to have accepted what gardaí communicated to them without questioning or subjecting the Garda position to any scrutiny.

Martin
Callinan
His response to Sgt McCabe’s allegations was inadequate and did not involve a full examination of the issues raised.

“The initial response of the commissioner was almost entirely lacking in any detailed account of the substance of the allegations ... The twelve complaints identified in the confidential report of 23 January 2012 were disposed of in a single paragraph,” the report states.

Garda
Ombudsman
The Garda Síochána Ombudsman Commission also investigated some of Sgt McCabe’s complaints, but was criticised for failing to hand over key documents of relevance to the review.

Guerin said the the ombudsman’s approach was similar to that of the Garda and Department of Justice when faced with corruption and malpractice allegations.

“The papers I have seen suggest the approach adopted by GSOC was ultimately broadly similar to that of An Garda Síochána,” the Guerin report said.