Almost 30 applications for each vacancy in Garda Síochána 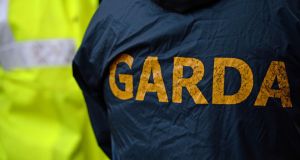 Competition is less intense than it was last year, when more than 23,000 applied to secure one of the 550 places that were then on offer. Photograph: The Irish Times

Nearly 17,000 people have applied for 600 vacancies in An Garda Síochána, the Public Appointments Service (PAS) has confirmed, with about 28 candidates vying for each place.

Despite the numbers, the competition is less intense than it was last year, when more than 23,000 applied to secure one of the 550 places that were then on offer.

However, the Garda Representative Association (GRA) said recruits were increasingly dependent on credit union loans to survive the challenging early years, because of pay cuts.

Following the Wednesday deadline, the formal testing process will now be started by the PAS which oversees four stages designed to whittle down the number of hopefuls.

Two rounds of online testing will be followed by a supervised exam and a final stage of interviews. Potential candidates will then undergo Garda vetting before being formally approved.

A confidential occupational psychology test is designed to measure the suitability of candidates in terms of key qualities and attributes believed necessary for gardaí. A gender breakdown is not yet available.

However, the GRA has opposed the Lansdowne Road agreement, so under new financial emergency legislation they run the risk of having those increments frozen until 2018.

“A lot of them are supplemented by their families or are getting into debt. When you are starting a career the last thing you should be doing is getting into debt,” said GRA vice-president Ciarán O’Neill.

Recruits begin on 10 per cent less pay than older members but this is eventually made up through increments. However, Mr O’Neill said the loss of a €4,000 rent allowance grant had been a severe blow.

“They can be sent anywhere around the country when training but unless you are living in an urban area, you can’t be sent to your home county,” he said. The GRA is pressing for the reinstatement of the allowance.

“It is seen as a good job. People want to be part of the community and they want to have a role, but it’s only when they get into the job that they see how tough it is and what stresses and strains there are.”

There is a weekly allowance of €4.39 for uniform maintenance and €2.93 for boots. Overtime, while possible, has been curtailed severely in recent years.

“Generally newly attested gardaí are assigned to front-line duties and work the Garda roster system,” the Department of Justice said.

“This immediately attracts unsocial hours payments which, in addition to other relevant allowances, amounts to over 25 per cent of their earnings.”