Abortion regime will remain the same until legislation passed 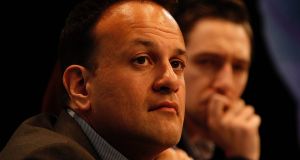 Taoiseach Leo Varadkar: if the referendum is passed, legislation could be enacted by the end of the year.

The Irish abortion regime will remain as it is until new legislation is passed, even if the referendum on removing the abortion provision in the Constitution is passed on May 25th.

How long it will take for the Oireachtas to pass a new law is unclear, but it could be done before the end of the year. However, should the Government fall in the meantime, that timetable would most likely be extended.

The Protection of Life During Pregnancy Act 2013, which governs abortion in the State, reflects the Constitutional position on abortion and outlaws abortion save in situations where there is a real and substantial risk to the life of the mother.

The law provides for one of the most conservative abortion regimes in the developed world and will remain in place even if the referendum is passed and the Constitutional protection that currently exists for the unborn, is removed.

The Supreme Court recently ruled that the only constitutional right that currently exists for the unborn arises from Article 40.3.3, which acknowledges the right to life of the unborn.

This means that if the referendum removes this right, there is no other article in the Constitution which provides Constitutional rights to the unborn.

However the statutory position (law based on statute) on abortion remains the same until a new law is introduced.

The point of the referendum is to give people an opportunity to remove the issue of abortion from the Constitution, so that the Oireachtas can provide for an abortion regime by way of statutory law.

If the Constitution is changed by the referendum, the new provision will read: “Provision may be made by law for the regulation of termination of pregnancy.”

Arising from the work of the Joint Oireachtas Committee on the Eighth Amendment, there is an element of political consensus as to the type of new legal regime that will govern abortion should the referendum be passed.

Perhaps the most notable, or contentious aspect of the proposed new regime, is that there would be regulated abortion on demand up to 12 weeks.

A Bill giving effect to the new regime would have to be introduced, debated and passed by the Oireachtas, and signed into law by the President, before the statutory law on abortion in the Republic would change from the current position.

Although the electorate is voting simply on the issue of changing the Constitution so that abortion becomes an issue for the Oireachtas to regulate through statutory law, a vote to repeal the Eighth Amendment will arguably mean that the proposed new regime has been given a type of tacit approval by the electorate.

Should the Government fall, and the legislative process be interrupted by a general election and the formation of the new Government, it is still likely – though by no means certain – the Oireachtas will feel compelled to legislate for abortion given the Constitutional change, and that the proposal most likely to find favour would be one that reflected the outcome of the report of the Joint Oireachtas Committee on the Eighth Amendment.