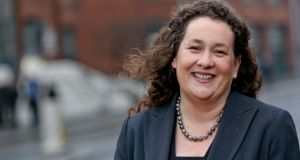 Karen O'Leary who has been appointed as chief executive of the NCA following an open competition for the position. 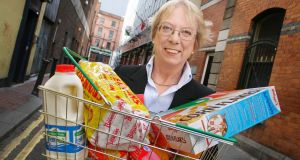 Ann Fitzgerald, former chief executive of the National Consumer Agency, who decided not to seek to renew her contract.

The National Consumer Agency has appointed Karen O’Leary as chief executive following an open competition for the position earlier this year.

Ms O’Leary has been director of the NCA’s public awareness andfinancial education division since joining the NCA in 2010.

In addition to her role as director, Ms O’Leary also served as programme manager on the NCA/Competition Authority amalgamation project.

It is understood that Ms O’Leary will also be appointed as a member designate of the proposed Consumer Protection and Competition Authority by the Minister for Jobs, Enterprise and Innovation, Richard Bruton.

She replaces Ann Fitzgerald who decided she did not want her contract renewed after six years in the role.

Ms O’Leary said she was honoured to take up the position.

“During my time as chief executive, I plan to build on the achievements of the NCA and most importantly, to continue to identify breaches of consumer law and take enforcement action.”