Kildare lockdown: ‘We just want to be married and get on with our lives’ 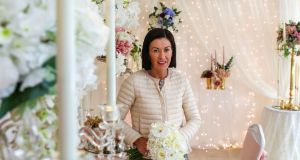 On Friday morning Lorna O’Driscoll and Declan Flynn nervously awaited news on whether Kildare would be released from lockdown. For them the implications were huge - could they get married or not?

“This is our second go at it,” Declan explained, hours before the news came down that the county would remain under tighter restrictions for a further two weeks.

“We were [originally] due to be married on the 5th of June. Moyvalley [Hotel in Kildare] were really, really supportive. Our original numbers were 160 to 170. Now we are down to 45; we had to make some quite difficult calls.”

The Dublin couple, who met four years ago, were due to be married next Thursday. Now everything is up in the air again - the wedding, the honeymoon, the costs. Theirs is just one of many stories of how lockdown disrupts life.

“At this stage we have planned and re-planned so many times,” said Lorna. “We don’t know if we need to plan another wedding again. We just don’t know what to do.

In April, they rescheduled for a smaller service at the end of August and began to look forward to it again. Friends and cousins, removed from the guest list in order to stick to social distancing requirements, understood. Aunts and uncles graciously volunteered to drop out.

There is also the unknown financial implications of a possible third attempt - the couple simply do not know what costs they are facing. Earlier this year they cancelled their honeymoon in Greece and now its replacement, a week in Kerry, is also uncertain. Their wedding bands each have the wrong date engraved.

Currently refurbishing their first home, they know others who have postponed their nuptials but it is not a course they want to take. But with the extended lockdown announced on Friday, the one certainty is that their planned wedding will not proceed, again.

“We just want to be married and get on with our lives,” says Lorna, “to do all of the things that you are supposed to get to do.”

Simon Mooney, general manager of the Moyvalley Hotel & Golf Resort on the Balyna Estate where next week’s wedding was supposed to take place says he has had 45 postponements and five cancellations so far this year. His turnover will be cut by at least 70 per cent.

“It’s more than a bit of a blow, it’s absolutely devastating. We are fuming,” he said of the ongoing localised restrictions.

“We are absolutely disgusted and even more angry now considering the scandal with golfgate which is just a kick in the teeth.”

He was, of course, referring to the controversial Oireachtas Golf Society dinner in Galway, the fallout from which consumed the Government on Friday. For many in Kildare, it raised further frustration as to why they should put up with more pain from Covid-19 restrictions.

“That event not only should not have taken place,” he said.

Like other hotels, the Moyvalley had stuck rigidly to national guidelines ahead of the three county lockdown, even at the cost of turning away business.

“Kildare’s reputation has been completely targeted here, completely affected,” he said. “It’s ruined for the foreseeable future...who wants to stay in Kildare at the moment? There is a total stigma.”

It is a sentiment shared by Mary Supple, owner of the Finesse Weddings shop in Rathangan who says people lose interest when they hear they are Kildare based. A planner and decor provider, she has moved 130 weddings into 2021 and 2022.

“The diary list filtered out within a matter of weeks,” she said. “We have a small amount of weddings hanging in for the rest of the year. The uncertainty is a big thing for couples.

“I don’t blame them postponing until next year, how can you make a plan?”

The renewed restrictions mean the content of her showroom - flowers, linens, table centrepieces - will remains behind closed doors, unavailable for inspection by potential clients.

As for the Galway controversy: “I was angry...it makes a mockery of Irish people who have stayed at home and adhered to the guidelines.”

“Most of my bookings that have tried to push out for later in this year have gone to 2022 because it’s impossible to find anything,” she said.

“They are praying that they can get something in the same venue. Usually the venue means something to the clients.”