Letters sent out to householders had data relating to other individuals 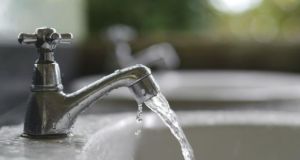 Irish Water said it acted immediately to resolve the issue and all the property owners affected had been advised accordingly.

Irish Water has apologised to over 6,300 customers after it sent them letters with data relating to other individuals.

It informed the Data Protection Commissioner of the matter last Thursday, September 4th, in line with the commissioner’s recommended code of practice on data breaches.

The utility company today confirmed it had sent letters to the owners of multiple properties asking them to confirm details of the properties they own. “Irish Water is aware that incorrect names have appeared on correspondence issued to 6,329 of these individuals. This became apparent on 4th September.”

It is understood the letters were sent to the correct addresses and with the correct property details, but that they were addressed to the previous owners of the properties concerned. The utility said it acted immediately to resolve the issue and all the property owners affected had been advised accordingly.

Irish Water this month started sending out customer application packs and letters to over two million householders to enable them to confirm their details and to ensure that a correct and up-to-date database of customers exists, it said in a statement. “This will ensure all Irish Water customers receive their correct allowances.”

In a statement, the commissioner’s office confirmed the matter had been reported in line with its data breach code of practice on September 4th. It said Irish Water had notified the affected individuals and sought the return of the incorrectly addressed letters. “Irish Water have informed this office of the steps being taken to prevent a repeat of this type of incident. On this basis, this office concluded its investigation into the matter.”

Up to two-thirds of data breaches reported to the Data Protection Commissioner concern mis-addressed correspondence.

The reports of the mis-addressed letters from Irish Water come as separate concerns were raised this week about the data protection policy on its website. Irish Water has told the Irish Times, however, it is satisfied the policy is “absolutely” compliant with the law. It said customers could contact it at 1890 448448 if they had any queries or concerns about the letters.