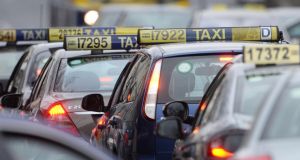 The NSAI stressed that a wrongly-calibrated meter does not necessarily mean people were deliberately trying to overcharge customers. Photograph: Cyril Byrne / The Irish Times

Over one in five weighing scales in shops provided inaccurate weights last year while a third of taxi metres were also found to be flawed according to the latest National Standards Authority of Ireland (NSAI) report.

Tests carried out by the authority found that 31 per cent of taxi meters tested failed inspections while 21 per cent of weighing scales in shops were not compliant.

However, the authority’s chief executive Maurice Buckley stressed this morning that the high rate of failure in key consumer areas did not necessarily mean people were being deliberately overcharged.

He pointed out that instruments can drift out of compliance or get damaged and need to be recalibrated as a result.

While some of the errors resulted in consumers being overcharged other machine errors would have seen consumers paying substantially less than was due.

There were 545 construction-related audits conducted in areas such as external wall insulation systems, window energy ratings, product certifications, air tightness and cavity bead insulation. All 545 were found to be compliant to the standards.

It acts as the Irish approval authority for the EU’s Whole Vehicle Type-Approval Scheme. Under the scheme a manufacturer can obtain approval for a vehicle type in one EU country and market it EU-wide without further tests.

The scheme was extended in 2014 to include type approvals for heavy commercial vehicles. This, coupled with a hike in vehicle sales, is likely to have contributed to the increase and the figures are continuing to grow in 2015.

“The recent Volkswagen emissions scandal in the US has raised questions about this EU directive and how well the European system works. The Volkswagen controversy represents a serious breach of consumer trust and should be fully investigated to clarify the position within the European market,” Mr Buckley said.

“The NSAI is monitoring the European situation and would support and encourage any improved and enhanced testing regime to ensure we can all be confident in relying on the technical data published,” he said