The old cliche “the customer is king” is about to be tested as never before. All over the world there is a growing and concerted pushback from consumers against companies that support or are seen to support either US president Donald Trump or his most reactionary policies. But can the consumer really make a difference?

On Twitter, #GrabYourWallet has put pressure on companies that sell Trump products or offer him political support; the most high-profile casualty has been Trump’s daughter Ivanka, whose clothing line was dropped by department store Nordstrom.

Giant taxi firm Uber – massive across much of the world, although still a relative minnow in Ireland – faced a concerted backlash and loss of business when it was accused of breaking a strike by New York drivers against Trump’s immigration ban. Its chief executive has since resigned from Trump’s economic advisory council.

Lego was the first to announce it would not advertise in the Mail any more, while consumers are now putting pressure on Marks & Spencer for its ad spend.

Critics have raised concerns that advertisers should not have such sway over the content of newspapers, and some have accused #stopfundinghate of censorship.

While the idea of boycott and consumer activism is not new, it has never been so organised. What is driving it and will it make any difference?

Pricewatch spoke to the people behind US-based Sleeping Giants, one of the key consumer activist accounts on Twitter. Although no individual was prepared to be identified, it says its campaign is not about politics, but about “fighting bigotry that [should] have no place in the media landscape, especially when it masquerades as real news”.

“We’re not sure we’ve caught the far-right off guard, but we’ve definitely caught advertisers off guard,” it says. “Companies need to know and care about where their ad money goes. Most, if not all of them, have been shocked that they’re being seen on Breitbart ,and thank us for letting them about it. 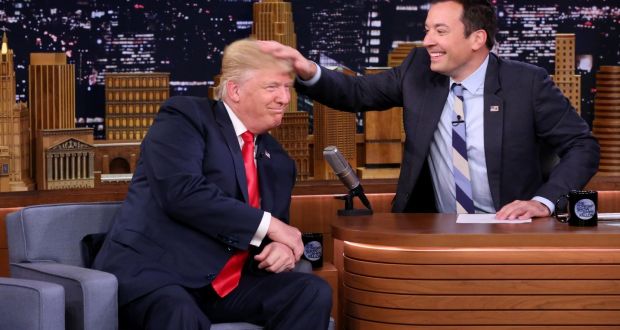 “But they shouldn’t have to rely on a Twitter account to let them know where their ads are placed. There needs to be a wholesale change in the way media is bought and placed.”

As a result of this pressure more than 1,000 advertisers – including Christian Aid, Kellogg’s, Nestlé, Vodafone and Visa – have fled Breitbart News. A full list of these companies is available on the Sleeping Giants Twitter account (@slpng_giants).

But there is a counterattack from conservatives and the far-right. While New Balance shoes have been boycotted by some for supporting some of Trump’s trade policies, American white supremacists on the Daily Stormer declared it “the official shoe of white people” and some Trump supporters have taken to buying them.

And Breitbart has declared war on Kellogg’s. However, Sleeping Giants claims that consumer boycotts from the far-right have not yielded results because “brands need to be inclusive”.

There is another factor companies now have to consider: research has shown that a majority of the millennial generation expect the companies they work for to support social justice. Regressive policies put them at risk of losing the best talent.

Closer to home, consumers are using the power of Twitter to pressure companies that have links with fascists or the far-right, including French presidential candidate Marine Le Pen. The EU Sleeping Giants account will aim to target advertisers on planned French and German editions of Breitbart, and Nestlé, BMW, Allianz, Lufthansa and Virgin are among the companies that have reassessed their ad buy in Europe.

“Anyone can join in on Twitter or Facebook by contacting and informing companies about their ad placements,” says Sleeping Giants. “We don’t advocate for any boycotts, and we ask people to keep it positive and civil.”

How much of a factor is a company’s ethics when it comes to consumer decisions?

“That is inconsistent even among people who define themselves as ethical,” says Sinclair. “It depends on the product category and the amount of inconvenience that is caused by choosing an ethical product over an unethical product.

“Nestlé, for instance, have so many different brands and investments that it would be hard to boycott them completely. From a long-term perspective, we don’t know yet if [consumer activism] brings about change but we do know that losing advertising revenue from Kellogg’s (Breitbart) and Lego (the Daily Mail) would be a big hit for any media organisation. If companies want to stay out of trouble they should understand their consumers and their values.”

HOW COMPANIES CAN AVOID BAD PUBLICITY

How can companies avoid getting embroiled in this mess in the first place?

Catherine Heaney, managing director of DHR Communications, is an expert in crisis communications.

“A strong ethical framework gives a company good resilience, whereas if the framework is low or nonexistent they are very exposed to crisis. We deal with crisis management here at DHR, but I think it is important to start with reputation management.

“For companies, a strong ethical framework not only enhances their reputation but puts in place the checks and balances that mean crises are less likely to happen in the first place. Mistakes happen, but when companies put a foot wrong, they should put their name on the mistake and talk of how they’re addressing it. And they should always learn from the mistake.”

Even well-intentioned companies face challenges, says Heaney. Both she and Sinclair caution against greenwashing, where more money is spent promoting a green image than on environmentally-sound practices, and say that consumers can be cynical about brands that identify as ethical, thinking it is just PR.

Critics from the right sometimes call ethical behaviour “virtue-signalling”, but increasingly it seems that big businesses concerned about the bottom line will need to do just that and more.

Supermarkets give helping hand to new brands and food producers

4 Man refused to call ambulance for wife who was having heart attacks, court told

Concern that Covid measures viewed as Garda not health regulations, AGSI says 20:34
Sister Act: Hermit nuns not part of ‘any religious community in Irish Catholic Church’ 20:27
Three quarters of renters with flatmates feel they will never own a home, CSO finds 19:54
Work of Catholic Church safeguarding body limited by data protection rules 19:39
Government to bring in emergency legislation for serving alcohol in outdoor areas this week 19:33