Action to deduct household charge from wages by month’s end 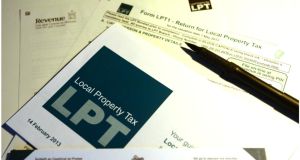 the employers of homeowners who have not paid the household charge by the end of the month so they can deduct overdue payments directly from their income.

It subsequently introduced a compliance campaign, effectively a six-week amnesty period allowing those who had not yet paid the charge or the property tax to do so without attracting interest or penalties.

When introduced on January 1st 2012 the household charge was €100. This was increased to €200 on July 1st last for homeowners who had not yet paid at which point Revenue took over responsibility for the collection of the charge.

In April Revenue began to write to the owners of some 274,000 properties which it had identified as not having paid the household charge although the chairwoman of the Revenue Commissioners, Josephine Feehily, admitted at the time that mismatches between data collected by the Local Government Management Agency and the Local Property Tax database meant some people would wrongly receive notices. The household charge was superseded by the Local Property Tax last year.

It expects to answer the remaining 30,000 items of correspondence in weeks to come after which point it will begin “debt recovery action” against liable property owners including mandatory deduction from wages for PAYE workers.

A spokeswoman for the Revenue Commissioners said it expected to begin contacting the employers of householders who had not yet paid the charge by the end of the month to facilitate Revenue making the deduction at source.

Revenue also has powers to deduct from source from occupational pensions and social welfare payments while self-assessed taxpayers may face surcharges on income tax, corporation tax and capital gains tax among other enforcement actions.

Property owners who have not paid the tax could also incur interest at a rate of 0.0219 per cent per day on the amount owed, calculated on July 1st 2013 in the case of the household charge.

This means that a householder who owed €200 in July last year would now be liable for almost €215.