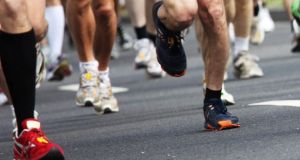 The two men, who are now in their 40s, have alleged that they were abused by the sports coach in the 1980s when they were aged just 14 and that the abuse continued on a near weekly basis in the man’s home and elsewhere until they were aged 17 and 16.

TWO MEN who made a complaint to gardaí that they were abused by a sports coach in Waterford have expressed shock and anger after learning that the man was interviewed by gardaí in the 1980s about abuse but was never prosecuted.

The men, who are now in their 40s, have alleged that they were abused by the man in the 1980s when they were aged just 14 and that the abuse continued on a near weekly basis in the man’s home and elsewhere until they were aged 17 and 16.

But yesterday the sports coach, who is now in his 60s, confirmed to RTÉ News that he was interviewed by gardaí in 1987 about alleged abuse but was never charged and was instead told to go and get counselling.

Last night one of the men spoke of his anger at discovering that gardaí were aware of complaints about the coach as far back as 1987 but nothing was done other than that the coach was advised to get counselling for himself.

“I was furious when I saw the interview on RTÉ News – the gardaí went to this guy in 1987 obviously on foot of a complaint and simply told him to go and get counselling – it was devastating just hearing that,” he said.

The man said he wanted know whether gardaí had formally interviewed the coach at the time, whether they had taken a statement from him, whether a file had been sent to the DPP and who had decided that he shouldn’t be prosecuted.

“I think it’s outrageous this man continued coaching underage teams where he had access to young children and all the time the gardaí knew about him but it seems that they looked after his interest, telling him to get counselling but they didn’t care about anyone else.”

The second complainant echoed his friend and said he wanted to know whether there were children who were abused after gardaí spoke to the man because if that had happened, then responsibility for that abuse lay with the Garda authorities at the time.

“I was shaking when I saw the interview – I just cannot believe that gardaí had this information and they did nothing with it other tell him go and get counselling – the gardaí have a lot to answer for what they didn’t do back in 1987,” said the man.

“It seems they were more concerned about him than they were about any victims – did they inform the sports club he was involved with?” the man, who is scheduled to make a formal statement of complaint within the next few days, asked.

Meanwhile the sports coach told RTÉ News that he wasn’t going to deny reports that he could have abused up to 30 victims. “I’m not going to deny that, yeah– what’s done is done or whatever” he told RTÉ’s Damien Tiernan.

Contacted on whether a statement was taken from the coach in 1987 and whether a file was sent to the DPP, the Garda Press office would simply confirm an investigation was now under way.