Traveldesk: Universal Studio stays in the picture and what to do in LA

Fionn Davenport with the latest travel news and deals 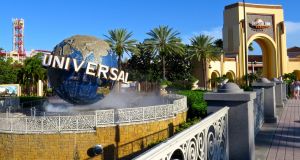 UNIVERSAL ORLANDO STAYS IN THE PICTURE

Universal Orlando Resort is the most photographed hotel in the world on Instagram, according to a new list published by Conde Nast Traveller. The magazine trawled hashtags and geotags to find the popular photography app’s favourite places to stay and Universal – which comprises five separate hotels – was the easy winner. The resort attracts in excess of eight million visitors a year, many non-guests, for the theme parks.

The Fontainbleau in Miami Beach was second, followed by Atlantis The Palm in Dubai, the Ushaia Beach Resort in Ibiza and the Atlantis Resort at Paradise Island in the Bahamas. The iconic Hotel del Coronado in San Diego also made the list, as did the Plaza in New York and – unsurprisingly – the Disney Resort in Tokyo.

FIVE THINGS TO DO IN DOWNTOWN LA

The once desolate-after-dark neighbourhood of Downtown has boomed in the last few years thanks to cutting-edge architecture and a host of new bars and restaurants. The latest addition is a new craft brewery called Arts District Brewery. Here’s five other things to do in Downtown:
Edison (108 W 2nd St; edisondowntown.com) Perhaps Downtown’s best bar, this cavernous basement was once a boiler room, so the look is industrial chic (think Metropolis meets Blade Runner) and comfortable leather couches vie for space alongside big, disused turbines. Very trendy, very LA.
Grammy Museum (800 W Olympic Blvd; grammymuseum.org; admission $12.95) A star-studded collection of changing exhibits explore the broadest legacy of American music, from jazz to ambient, but the real thrill is at  the interactive sections, where you can have a go at mixing, rapping and singing. Five-star karaoke.
Museum of Contemporary Art (250 S Grand Ave; moca.org; admission $12) Housed within a postmodern building by Arata Isozaki is a fine collection of modern art from the 1940s onwards – Rothko, Jasper Johns, Cy Twombly and Warhol feature in the permanent collection. Interestingly, the galleries are below ground, but still sky-lit bright.
Peace Yoga (903 S Main St; peaceyogagallery.com; classes $10-20) Yoga fans should relish the chance to get into a pose at this 4,000sq ft underground space with exposed brick walls, DJ decks, massage grottos and, on Friday nights, live sitar music. The teachers practice Ashtanga and when you’re done, head to the raw-food kitchen.
Walt Disney Concert Hall (111 S Grand Ave; laphil.org) The home of the LA Philharmonic is a typical Frank Gehry creation of billowing sheets of shiny stainless steel. You can take a free, 45-minute self-guided tour, but you won’t get inside the gorgeous auditorium: for that, you’ll need to see a gig.
A REAL REFUGE IN VIENNA
A recent addition to Vienna’s accommodation landscape is a hotel run largely by refugees. The Magdas Hotel (magdas-hotel.at; rooms from ¤64), in the heart of the Prater district, is a former retirement home converted into a 78-room minimalist retro-style boutique hotel thanks to crowdfunding and a ¤1.5m investment by the Catholic charity Caritas. The staff is mostly refugees and asylum seekers, and the hotel’s aim is to offer guests elegant budget accommodation and serve as a model for training newcomers, especially those with limited access to resources.
AMSTERDAM’S ROBOT GUIDE
Amsterdam’s Schiphol Airport recently finished testing its latest employee, a robot called Spencer. The mechanical guide will be operational from March, and will be able to guide passengers to their connecting gates. Spencer is being developed in part by KLM, which noted that Schiphol is a notoriously busy and confusing airport, and that travellers often miss flights due to delays, getting lost and language barriers. KLM believes multi-lingual Spencer will be able to help: his touch-screen face will highlight maps to gates, but he’ll also be able to recognise groups of people and human emotions, as well as respond to unexpected situations, such as keeping an eye on straggling passengers.
THE ULTIMATE BEATLES PILGRIMAGE
The Indian ashram where The Beatles sought enlightenment and wrote the bulk of the White Album has opened to the public.
The 18-acre site, on the outskirts of the Rajaji tiger reserve in the northern city of Rishikesh, was abandoned for the last three decades but has been restored to what it was like in 1968, when Maharishi Mahesh Yogi dispensed his spiritual guidance to John, Paul, George and Ringo, as well as Donovan, Mia Farrow and Mike Love of The Beach Boys. Admission costs €9.
GET AWAY AT HOME
Harvey’s Point Hotel ( harveyspoint.com) outside Donegal town has a two-night midweek B&B break from ¤178 per person sharing that includes one dinner. Offer valid until March 1st.
Mount Juliet ( mountjuliet.ie) in Thomastown, Co Kilkenny has golf deals including one B&B overnight and a round of golf from ¤139 per couple. Offer available midweek until March 15th.
The Wineport Lodge ( wineport.ie) in Glasson, Co Westmeath has an overnight B&B deal from ¤88 per person sharing that includes a bottle of bubbly and chocolates to enjoy on the balcony of a deluxe lakeview room. Offer valid until August.
MICRO-GUIDE: BRATISLAVA
YOUR 60-SECOND CITY GUIDE
STAY Hotel Marrol’s (Tobrucká 4; hotelmarrols.sk; double from ¤150) Regal hotel that regularly makes the world’s best luxury hotel lists, at a price most can afford.
EAT Café Verne (Hviezdoslavovo nám 18; mains ¤4-11) Slovak staples, Czech beers and an easygoing atmosphere make this one of the Old Town’s most popular spots.
DO Museum of Jewish Culture (Zidovska 17; snm.sk; admission ¤7) Tragic story of Bratislava’s Jewish community  told in compelling detail.