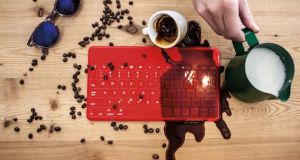 Logitech Keys-To-Go (above)
Logitech has been designing keyboards for the mobile digital life for some time and its new Key-To-Go is perhaps the most pared-back. An ultra-thin keyboard is sealed in resilient rubbery skin, not unlike the Surface’s optional version. It doesn’t attach or double as a stand for your tablet, but pairs up by Bluetooth to offer full keyboard functionality. As lightweight as it looks, it’ll take up virtually no space in your bag and has a decent key action for touch typing. If you want to use your mobile device for more than the occasional 140 characters, it makes a lot of sense.€69 from logitech.com 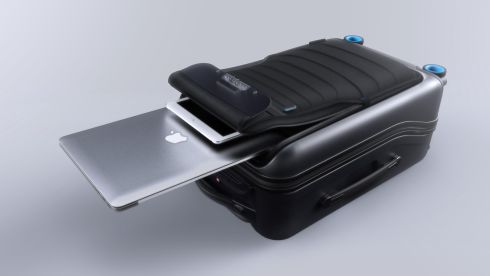 Bluesmart Suitcase
One of many new luggage tracking devices was featured here in the last couple of weeks, but it seemed only a matter of time that someone would integrate the technology directly into its case. Cue Bluesmart which has massively exceeded its crowd-funding target. It’s being marketed as the first smart, connected carry-on. Not only does it have tracking, the lock is digital, operated through your smartphone app. It’s also got an electronic scales built-in too and a proximity sensor if you or your case wanders. Pre-order currently for $235 from indiegogo.com 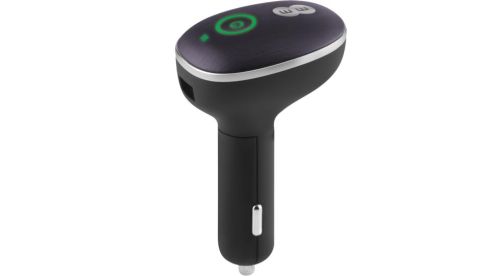 Buzzard 2
Only available currently in the UK through mobile network, EE, the Buzzard 2 is such a simple thought, it may eventually appear here from one of our operators. Basically it’s a mobile hotspot purpose-built for the car, slotting into one of the vehicle’s power points. This model can access a 4G network meaning fast speeds (where available) and up to 10 users can draw a connection. You can charge a device off it. It’s £80 to buy, cheaper with a plan, see ee.co.uk. Follow Tom on Twitter at @tomtomkelly

During lockdown I did not bake, teach myself anything or read a book
8