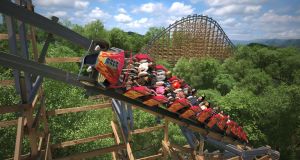 Dollywood theme park has the fastest wooden rollercoaster in the world 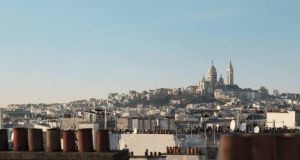 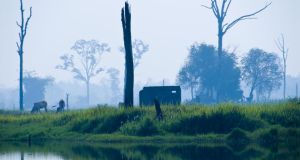 Last week Dolly Parton unveiled the fastest wooden rollercoaster in the world, which will open in her Dollywood theme park in Pigeon Forge, Tennessee, in March 2016. Lightning Rod, named after the hot rod cars that Dolly was apparently fond of in her youth, will travel up to 73mph and will be the world’s first launched wood coaster, which means a huge amount of acceleration to kick off the ride. Dollywood gets about 2.5 million visitors a year, who come as much for the rides as for the ties with the country singer. There’s a museum of her life on the grounds. See dollywood.com

Costa Brava clamps down on rowdies

Rowdy holidaymakers on the Costa Brava can now be thrown out of their hotels. Authorities in the resort of Lloret de Mar passed a new ordinance which grants them powers to evict hotel guests who misbehave, and this is on top of existing fines of up to €3,500 for public drunkenness, urinating on the street and fighting. The new law puts the onus on the town’s hotels to hire private security firms to carry out the evictions should they become necessary.

Parisian views usually come with a big price tag, but that will change with the opening of Les Piaules in early September. Rooftop doubles with grab-your-camera views of Sacre Coeur and the Eiffel Tower will cost from €30 per person and the dorm rooms are even cheaper. This new generation hostel (really a hotel with doubles and dorms) is in an art deco building in Belleville restored by local designer Kristian Gavoille. See lespiaules.com

Five hotels to try in Zurich

Zurich’s Street Parade takes place next week and picks up where Berlin’s Love Parade left off – a celebration of peace, love and music.

The setting is beautiful, against a backdrop of Lake Zurich, but a visit to Switzerland’s largest city is a pleasure at any time.

Here are five places to stay:

B2 Boutique Hotel & Spa (Brandschenkestrasse 152; b2boutiquehotels.com; room from €300). This 60-room hotel in a converted brewery is the kind of place Don Draper would have checked in to, to test his contemporary credentials: the decor is the height of 1960s modernity, with Dixon lamps lighting up the carefully chosen furnishings. There’s a rooftop jacuzzi.

Hotel Florhof (Florhofgasse 4; hotelflorhof.ch; rooms from €320). Once the 18th-century mansion of an aristocratic silk-making family, now one of the most elegant digs in town, made even nicer by an all-over makeover last year. There is a choice of three room sizes (mini, midi or maxi) and a handful of suites. The mini rooms are very mini indeed.

Hotel Widder (Rennweg 7; widderhotel.ch; rooms from €450). This stunning property made up of eight townhouses in the elegant Augustiner neighbourhood is one of the best hotels in town. Every one of the rooms is a combination of old-fashioned grandeur and contemporary design. Needless to say, the service is first-rate.

Lady’s First (Mainaustrasse 24; ladysfirst.ch; rooms from €185). An elegant 19th century building close to the opera, with 28 high-ceilinged rooms dressed in designer furniture and light parquet floors. The wellness centre is currently being refurbished, but will be open in the autumn.

Townhouse (Schützengasse 7; townhouse.ch; rooms from €235). Handsome boutique hotel in the middle of town with 21 rooms decorated with parquet floors, elegant wallpaper and retro furniture. It’s near the train station.

The cash-strapped Cambodian government is planning to turn the strongholds of the Khmer Rouge into a tourist attraction.

It has announced that it will develop tourism in Anlong Veng, in northwestern Cambodia, about two hours north of Siem Reap, where the Khmer Rouge retreated after their defeat by the Vietnamese in 1979.

Tourists will be able to visit the houses owned by Pol Pot (left) and Ta Mok, aka Brother Number Five or the Butcher, as well as the cremation site where Pol Pot’s funeral took place in 1998.

Arnold’s Hotel (arnoldshotel.com) in Dunfanaghy, Co Donegal has a Donegal on Saddle midweek break for €180pps that includes two nights’ B&B, one dinner and an hour of horse riding on Killahoey Beach. The Maryborough Hotel & Spa (maryborough.com) in Cork is in the last week of its midweek Gourmet Getaway deal: €109pps for B&B and dinner, with a spa discount voucher. The Clare Island Lighthouse (clareislandlighthouse.com) in Co Mayo has a Sunday/Monday special that includes two nights’ B&B and two dinners, from €650 for two.

€729: TORONTO/NIAGARA FALLS: Three nights in Chelsea Hotel, Toronto and two nights in Sheraton on the Falls in Niagara. Price pps, is room only and includes flights via London on British Airways and airport transfers. Departs March 2016; see worldtravel.ie