All the latest travel news and deals 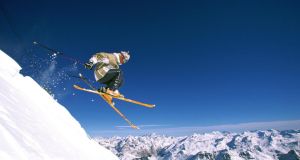 
The unseasonably warm weather has delayed the start of the Alpine ski season in some low-lying resorts. The popular French resort of Val d’Isère had a limited opening, with only three of its pistes accessible to skiers. Pre-Christmas skiers will most likely have to go higher – to Tignes (which, along with Val d’Isère is part of the Espace Killy, where 60 per cent of its 154 runs are above 2,500m).

Other high-altitude alternatives include Val Thorens in France, Obergurgl in Austria and Cervinia in Italy, which isn’t the prettiest resort but usually guarantees decent snow. 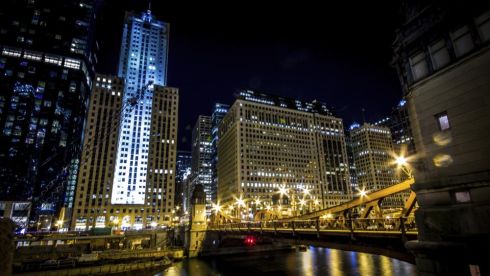 United Airlines has announced plans to launch a Chicago-Dublin seasonal service for summer 2015. The service will run from June 4th to August 17th and will be served by a 169-seat Boeing 757-200 with 16 seats in first class and 45 in premium economy.

Chicago will be the third United hub with non-stop service to Dublin, after Newark and Washington, DC, and is part of a strategy to bite off a share of Aer Lingus’s US pie, which already runs a non-stop Chicago service from Dublin. 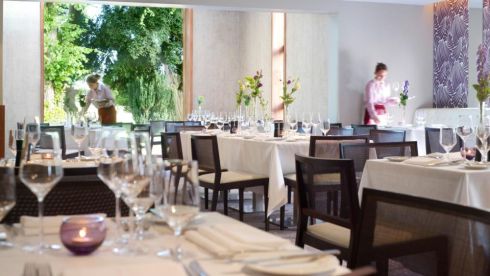 Fancy a little Christmas break? The Heritage Golf & Spa Resort (theheritage.com) in Killenard, Co Laois, has a midweek Winter Dine & Stay offer that runs until January 1: two nights’ B&B in a deluxe room with one dinner in the Arlington Restaurant plus a 10 per cent discount card for Kildare Village for €140 per person sharing.

If you don’t fancy Christmas Day at home, Carton House (cartonhouse.com) has two- and three-night B&B packages from €400 per person that includes dinner on Christmas Eve, a champagne reception on the big day followed by lunch with all the trimmings.

Finally, to mark its 30th anniversary, the Westbury’s (doylecollection.com) Suite Celebrations package, available between January 1 and March 31, 2015, starts at €300 and includes 30 per cent off the price of a suite, a bottle of champagne, a selection of petit fours and a full Irish breakfast in the Wilde restaurant. 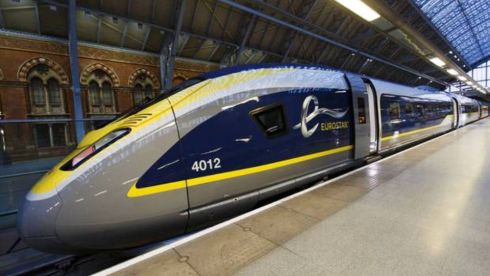 Eurostar has unveiled its newest train, the €320, so-called because it has a top speed of 320km per hour. The livery and interiors are designed by Italian design house Pininfarina, best known for their work with Ferrari. The new train, which will roll into service toward the end of 2015, will also have free wifi and each of the 900 passengers will be able to access power outlets on their reclining seats. Besides London-Paris, Eurostar also serves Brussels, Lille, Geneva and the French and Swiss Alps. In May 2015 it will extend its service to Provence, with stops in Lyon, Avignon and Marseille. See eurostar.com 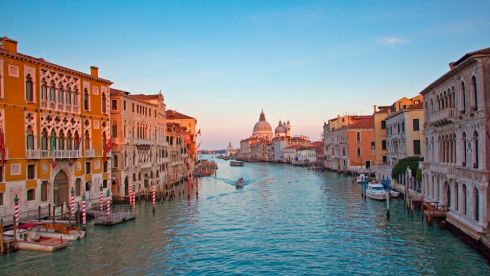 Italy is getting its first branded Marriott hotel with the opening of the JW Marriott Venice Resort & Spa in March 2015. The five-star property, a converted hospital built in 1936 on the privately owned island of Sacca Sessola (also known as the Isola delle Rose, or Rose Island), has 266 rooms and suites, a spa and several restaurants, including a rooftop dining area with perfect views of St Mark’s Square, about a 15-minute boat ride away. Room rates start at €380; see marriott.com 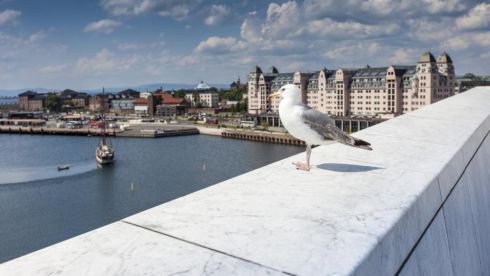 STAY
The Thief (Landgangen 1; thethief.com; room from Nkr3000) Despite the odd name, this is a top-class hotel that is part of an ongoing waterfront development.

DO
Astrup Fearnley Museet (Strandpromenaden 2; afmuseet.no; Nkr100) Renzo Piano’s magnificent contemporary art gallery is as memorable as the widespread collection housed within it. 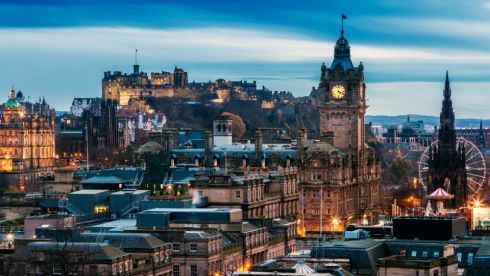 Five things to do in Edinburgh

If you don’t have accommodation booked for the giant street party that is Hogmanay then you’ll have to wait until new year’s eve 2015, but if you plan to visit outside of the mayhem, then here are five things worth doing...

Arthur’s Seat (Holyrood Park)
Sure, the walk looks daunting from the bottom, but the 45-minute hike up to the craggy peak of Arthur’s Seat from Holyrood is worth the effort for the views – not only the city itself and all of the Forth Bridges, but as far as the Ochil Hills in the Highlands and the faraway peak of North Berwick Law.

Edinburgh Castle (edinburghcastle.gov.uk; adult £16)
Scotland’s number one attraction – it served as the royal residence for the Scottish kings and was the country’s most important strategic fortification until finally succumbing in 1745 – is the Royal Palace, home to the Scottish crown jewels, the Stone of Destiny and the Royal Apartments, where Mary, Queen of Scots gave birth to James VI, who united the crowns of Scotland and England in 1603 (ruling as James I) and began the plantation of Ulster in 1606.

Real Mary King’s Close (2 Warriston’s Close, High St; realmarykingsclose.com; adult £13.25)
Get a glimpse of everyday life in 17th-century Edinburgh with a wander through the once sealed off remains of a medieval Old Town alley, complete with a visit to the plague-stricken gravedigger’s house and a typical tenement room, which is genuinely creepy. Costumed actors and ghost stories flesh out the experience.

Rosslyn Chapel (Chapel Loan, Roslin; rosslynchapel.org.uk; adults £9)
It’s worth making your way 10km south of town to Roslin just to visit this 16th-century chapel, one of Scotland’s most beautiful churches. Inside, the design alludes to ties with the Knights Templar and the Freemasons – which is why Dan Brown opted to feature it in The Da Vinci Code, making it a very popular pilgrimage.

Royal Yacht Britannia (Ocean Terminal; royalyachtbritannia.co.uk; adult £12.75)
This monument to 1950s luxury was the Queen’s floating home from 1953 to its decommissioning in 1997, after which it found its way back to the where it was built and opened for tours. The self-guided audio tour gives a great insight into how the royals went on holiday – with 45 servants, five tons of luggage and a Rolls, which were squeezed in alongside a crew of 241.