Today, we announce the winner of our travel writing competition. Chosen from more than 650 entries, John Poole’s winning article is about being guided by fictional sleuths through fabulous cities 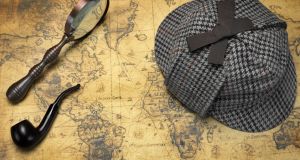 With more than 650 entries in this year’s Irish Times Travel Writer competition in association with Travel Department, our judges have had some difficult decisions to make over the past few weeks.

The standard of entries was excellent, with tales that made us laugh, wince, chuckle and even one or two that caused us to shed a tear.

We’ve been transported all over Ireland and around the world with the high quality of travel writing, and while the judging process was difficult, we’re delighted to announce the winner today.

John Poole, a secondary school teacher from Dublin, is the 2016 Irish Times Travel Writer winner. John wrote about his travels around the world, using detective novels set in his chosen locations, as his guide.

Irish Times Magazine editor Rachel Collins said: “John’s article was a great reminder of the richness that literature can add to our travels. His piece shows that guide books and Tripadvisor aren’t the only sources of travel inspiration – good writing can bring a city alive.”

Travel writer Joan Scales chose John’s piece “for the fine writing and the peripatetic nature, here Athens, now San Francisco, then Argentina. where next? This writer seems like a real traveller who gets the best out of destinations.”

John will travel on assignment with Travel Department for The Irish Times to cover a travel story abroad in 2017.

Travelling the world, one murder-mystery at a time

For a few years now I have been choosing the company of detectives for my travels, fictional sleuths I should hasten to add, such as Manuel Vázquez Montalbán’s book-burning gastronome, Pepe Carvalho, Petros Makaris’s henpecked but roving-eyed Inspector Haritos and John Lescroart’s bartending attorney Dismas Hardy in San Francisco. These days, once I’ve bought my ticket, my first thought is to find a good crime writer who will whet my appetite for the trip and add literary spice to my holiday when I get there.

So far it has been surprisingly easily done. Such is the prolificacy of the genre worldwide and the ready availability of translations (Bitter Lemon Press is a particularly good source), I think you’d probably be very unlucky to pick a country which didn’t have its own modern day Hercules Poirot or Miss Marple through whose eyes you can get a foretaste of your chosen destination.

What the authors and their detectives bring to the table is highly varied, though in a surprising number of cases (no pun intended), it is often literally “to the table”. In Barcelona in An Olympic Death, Pepe Carvalho spends more time peering in the eyes of salubrious fish in La Boqueria market than searching for clues, but while he solves the mystery he also reveals the secrets of Catalan cuisine, greatly enhancing my pleasure in the city’s food.

In Che Committed Suicide, it is Mrs Haritos rather than her policeman husband who provides the culinary lore, and what to eat in an Athens sweltering in 42 degrees. Constantly fretting over the detective’s penchant for souvlaki, the diet she puts her husband on is not so much a penance as a pleasure, for a heat-fatigued tourist.

I can easily turn away from the sizzling skewered pork and lamb in favour of the chickpeas dressed with spring onions, capers and olive oil counselled by Mrs Haritos. While her husband painstakingly unravels the mystery of a series of high profile suicides, I am reinvigorated for another round of archaeological sites.

Nor is gastronomic all I have gained from embracing the literary underbelly before taking off. Dismas Hardy’s obsession with topographical detail left me so familiar with San Francisco, from the Mission to North Beach, that I scarcely needed a map, and though the policeman-turned-lawyer’s own bar, the Little Shamrock, sadly proved fictional, I was also well acquainted with the city’s liquor culture before ever landing in SFO.

In Buenos Aires, the architect anti-hero of Claudia Piñeiro’s A Crack in the Wall woos his mistress by taking her to visit his favourite buildings in the city. Following in their footsteps took me on a wonderfully offbeat tour of art nouveau architectural gems, such as The House of the Lilies and the House of the Peacocks, I would never have found alone.

I’m not sure where I’m headed next but I’m confident wherever it turns out to be, there is an unsuspecting gumshoe waiting to guide me.

Read the 10 shortlisted entries in this year’s competition here