How Covid has changed how we will travel in 2021 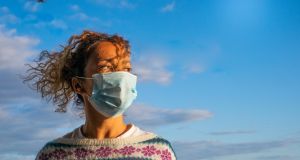 The likelihood grows that proof of vaccination will become advisory for many destinations, if not mandatory. Photograph: Getty

As we turn our backs on 2020 and look into the new year with something approaching optimism, our minds can finally turn to travel and what it might look like. Will face masks be an essential part of our travel kit, along with passports, money and a stash of disinfectant wipes? Will we take the time to consider how our travel plans affect the environment? When we start travelling again – and we will – how different will it be?

A couple of months ago, Qantas chief executive Alan Joyce suggested that passengers would need to be vaccinated before they would be allowed to fly – and that many colleagues in the industry agreed with him. To date, no other airline has said as much publicly, but the likelihood grows that proof of vaccination will become advisory for many destinations, if not mandatory – much like the international certificate of vaccination or prophylaxis (ICVP) that already exists for areas of the world that have yellow fever.

It all depends on the pace of the vaccine rollout to the general population, which may take longer than many destinations are willing to wait – especially those that are heavily reliant on tourism. Caught between the twin needs of public health and restoring their tourist economies, until there’s a decent level of vaccine coverage it’s more likely that most countries will forgo the need for a “vaccination passport” in favour of a negative Covid test as an entry requirement.

The good news is that airports worldwide are busy adding testing facilities. Some offer rapid antigen tests with immediate results, but not all countries will accept those. Spain and Italy – both very popular with Irish holidaymakers – are among those that require a negative PCR test for Covid, and those results can take up to 48 hours. Some airports, including Dublin, offer PCR tests with a much faster turnaround but these come at a higher cost.

Elsewhere in the airport, perspex screens separate passengers from all staff, whom you’ll interact with less than ever as automated check-in kiosks increasingly become the norm. Signs marking the appropriate distance between people are on walls and floors, alongside reminders that you must wear a face covering.

On-board services have been reduced and in-flight magazines have largely disappeared – all in an effort to reduce shared “touch points”. Most airlines will continue to serve food and drinks as they’re a vital source of revenue, but you’ll have to download the menu on your smartphone or tablet.

There’s an app for that

Indeed, mobile technology will play an increasingly vital role in the holiday experience. “Given that almost everyone has spent the past year glued to their screens, people will be using their phones more than ever,” says Sean O’Neill, a senior tech editor at travel media company Skift. com">Skift.com.

“Whereas before they would buy tours and activities from kiosks and information centres in the middle of town, now they’ll pre-book those elements on their phones.”

A recent survey by travel tech giant Amadeus reinforces that view. It found that 85 per cent of respondents believed that the right tech would boost their confidence to travel, especially if it addressed concerns regarding social distancing and physical touchpoints. A quarter of UK and US travellers said they would most like technology to reduce the need for them to have physical documents such as airline or museum tickets, while 30 per cent said their most pressing need was to minimise physical contact with others.

By downloading apps that allow them to pre-book museum visits and activities, as well as give them advance notice of when there might be a delay or a localised outbreak, holidaymakers will be able to feel safer and more in control of their environments.

O’Neill points out that plenty of travel companies are ready to take advantage of these growing trends. “A wave of brands like Viator, Airbnb, Berlin-based GetYourGuide and Hong Kong-based Klook will benefit by selling tours and activities to people while they’re in a destination, and Google has also been increasingly advertising and recommending ‘experiences’ via mobile search.”

As travellers continue to be crowd-shy until the arrival of a vaccine, O’Neill also predicts an increase in the popularity of self-guided tours and even the ‘gamification’ of travel, with tourism-specific games similar to the Pokemon Go craze of 2016. “It’s already here, with apps like Questo, which let you take self-guided walking tours of top European destinations in a game form.”

Last month UN secretary-general António Guterres said the organisation’s central objective for 2021 was to build a global coalition to tackle climate change, declaring that “humanity is waging a suicidal war on the natural world”.

If 2020 saw an unintended ceasefire in that war due to the pandemic, hostilities will soon be renewed in 2021. Yet the experiences of last year have galvanised many to take a harder look at the impact of mass travel on the environment.

Sean O’Neill points to the growing popularity of companies such as Byway, a UK-based trip concierge that designs flight-free itineraries, or the French-based Explora Project, which organises guided trips that highlights transport and food options with a low-carbon impact. In Ireland, well-established operators have added a range of domestic itineraries in response to both current realities and the growing clamour for greater sustainability.

According to Juliet Kinsman, sustainability editor at Condé Nast Traveller and the author of The Green Edit: Travel – Easy Tips for the Eco-Friendly Traveller, “sustainability has dominated more conversations and people appreciate it doesn’t just mean being greener but also having more of a conscience about the socio-economic impact of every decision we make as consumers”.

But Kinsman also recognises that for many travellers, cost is the primary concern and they will be enticed by some of the great deals being offered by an industry desperate to get going again. But low-cost doesn’t have to mean indifference.

“The best thing we can ever do is think about where we’re sending our money. I think more people will look to have holidays that are part of the solution rather than contributing to problems: choose a hotel that makes clear communitarian efforts or tries to keep their energy consumption to a minimum. I’d hope we book directly with local businesses or through an operator which talks intelligently about what they’re doing to make their business a force for good.”

The primitive magic of fire plus food: A warm, smoky Middle Eastern salad