The reality of living with a sex addict 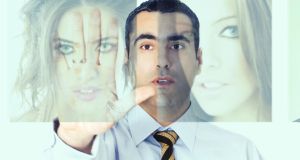 Sex addiction can be seen as a macho addiction, according to Dr Fiona Weldon of the Rutland Centre. But she says, “that changes very quickly when the devastation for the person and their partner comes to light”.

The Rutland Centre has seen a rise in the numbers seeking help for sexual addiction. In 2009, 1 per cent of its clients were treated for sex addiction and that figure has now risen to 5 per cent.

Partners of sex addicts go through deep trauma but specialist support services are poor in Ireland. The Rutland Centre is trying to change this and is running a workshop for partners on Saturday, May 25th.

“Sex addiction brings a very particular set of challenges and trauma and we really felt the need to address it,” says Weldon.

“The discovery of the addiction is usually a bombshell. They will think life is relatively normal and then they discover lots of pornography on the computer, or that the person they are with has been meeting others for sex and it comes as such a shock.

“They usually have lots of questions that there aren’t clear answers to initially and they need to be careful of their own mental health because it can take a massive toll.”

Here, two women who are married to sex addicts share their stories (their names have been changed).


Ava is in her 40s, has been married for 22 years and has four children


My husband was and is my best friend. We were married 20 years with four kids when I found out about his sex addiction. He was out one evening in March 2011 and I picked up his laptop. He hadn’t closed down the webpage he had been on and it opened in an email account which he had been using to live a separate life for years.

That night, while the kids were in other rooms doing their normal things, I trawled through hundreds of email exchanges with other women and had to contend with the most explicit, graphic adult content and words. The words he used, the explicitness, I didn’t recognise the man and yet I had been married to him for 20 years.


Transported into hell
The shock brought me to my knees. It was like being transported into hell in the blink of an eye and everything I thought I knew about my life and my marriage was reduced to rubble that night. The trauma was beyond words, to be honest. Within days he told me everything. He answered every question I asked him and my questions went on for weeks and months.

What began with looking at pornography escalated to chat rooms, endless searches for other women online and a number of sexual encounters. It was an incredibly lonely time because his sex addiction had to stay hidden to protect our children. I withdrew and couldn’t even relate to people I loved dearly.

I lost my best friend around this time because I felt judged by her. Losing her friendship was very painful for me and today we are like strangers. My sister saved me in those first few months and she was the one who found the Rutland Centre. There was a very small circle I could talk to and you have to have absolute trust in the people you tell because it is a matter of life or death in this addiction. I know my husband would not be here today if I had told more people.

For six months I was barely surviving. I was diagnosed with post-traumatic stress disorder and although the impact has lessened, I still feel on high alert for the next catastrophe that could happen.

I was prescribed anti-depressants and began to drink a lot around this time which brought me to an even lower point.

I have stopped relying on alcohol because I didn’t like the person I was turning into. For a long time I felt like a stranger in my own life. The horror of it all would hit me every day, that this wasn’t someone else’s story and was actually my life.

Within a few weeks I knew that we were dealing with sex addiction and I had to make a choice. Did I stay during his treatment and see what would happen on the other side, or did I leave him? I had to weigh my husband up. I put the man I know him to be on one side and the addiction and terrible choices on the other and it always shifted one way.

It was so hard to accept that this was an illness, but the way I looked at it, if my husband had been suffering from cancer, I would not have turned my back on him.

We have four kids ranging in age from eight to 18 who we both absolutely adore. I remember saying to my husband, “the decision I make will be 99 per cent for our children, 0.9 per cent for me and you will be the 0.1 per cent that is left over”. The children don’t know about his sex addiction and I don’t want them to.

Finding a good therapist and people who have been through the same experience is critical. You become a member of this club that you never knew existed and you never wanted to be in. But you need to know that you are not alone and that you can survive because at times you think you can’t.

There were many times when the pain was so bad that I wanted to die. I asked “why” over and over but have learnt that the why may never be known in sex addiction and accepting that was important.

My husband threw himself heart and soul into his treatment. Even though the discovery was so brutal, he was relieved his secret was out. He never tried to shirk responsibility for the pain he has caused and has not forgiven himself. I am proud of him for taking on his addiction and beating it.

A turning point for me was to see that the pain my husband had caused me was something he felt deeply and carried, in the same way I carried the shame of his addiction on my back for two years. We had to go through hell to reach that point, before I could forgive. I really don’t want my life to be defined by this addiction.

The journey is incredibly hard but you can come out the other side and survive whether you choose to travel alone or together as a couple. My husband is the love of my life and though it might sound strange I know that I am the love of his.


Helen is in her early 30s, married for four years and the mother of a young baby


Sex addiction isn’t always about meeting people for sex, it can be a pornography addiction happening in the room right next door. I knew there was a problem with my husband because we had long gaps between physical intimacy but after a year in sex therapy and counselling it was put down to other things. I was willing to accept it as he ticked every other box I wanted in a partner.

A year after we were married I stumbled across his internet history and straight away I knew there was a serious problem.

The length and breadth of the pornography, his signing up to dating sites, and his level of denial given the therapy we had done before we were married completely blew me away.


Shocked and betrayed
I just remember feeling so shocked and betrayed, how could someone marry me on this depth of deceit and how could I have been fooled? I confronted him and he said it had been going on for years. It was difficult for him to tell me and even though I was shellshocked, I remember holding him as he cried and told me everything.

For a long time afterwards it felt like I was living with the corpse of my husband. He looked like my husband, sounded like him, but this was not the man I married.

The isolation afterwards was terrible because you can’t talk about it. People are afraid of sex addiction and automatically think “pervert”. If addiction goes on a long time, it impacts on all your relationships. You end up cancelling nights out, putting friends off and telling them not to come over because your relationship isn’t good.

My husband went through cycles of relapse for five years until he got proper treatment in September last year. Early recovery is hard. He goes to meetings five days a week so it is intensive. He is trying to be a good dad, a good husband and is working very hard on his recovery.

You have to draw a line in the sand after treatment to move forward but that can be very challenging at times. It’s about living in the now and focusing on our individual recoveries as we rebuild our life.

We need to be able to talk about periods
10