Twenty-five years ago, the State’s first independent radio station, Capital Radio, began broadcasting. I was there. It did not go smoothly 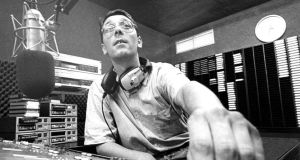 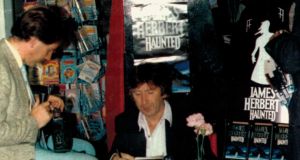 The first song played on independent radio in Ireland was Phil Lynott’s Old Town. I know, I was there, on the roof of St Stephen’s Green shopping centre in Dublin, where Ireland’s first independent station, Capital Radio, began broadcasting 25 years ago on July 20th, 1989.

It was launched at a breakfast at the Berkeley Court Hotel, attended by, among others, then minister for communications, Ray Burke, and Dublin’s lord mayor, Seán Haughey.

Burke’s appointment had been a huge relief to the hundreds involved in pirate radio, as it indicated the stalemate over legal independent radio was at an end. Long suffering had made a stone of many pirate hearts where the 1982-1987 coalition was concerned. Labour wanted independent radio to be under State control, which Fine Gael opposed.

I knew Burke from my days as head of news (1983-1987) at the pirate Sunshine Radio in Portmarnock, Co Dublin, his electoral terrain. I was also on a National Union of Journalists delegation that met him to discuss the introduction of independent radio. By then we at Sunshine’s “news corner” were members of the NUJ, and our news-gathering had for the previous four years been in line with the union’s code of conduct. I was also father of the NUJ chapel (shop steward) at Sunshine and got fired and reinstated three times in disputes over staff wages.

We were so poor. In February 1986, four of us, accompanied by Labour councillor Bernie Malone, met then tánaiste Dick Spring to plead the case for legal independent radio. Afterwards we invited Malone for coffee. We discovered that, between us four pirates, we hadn’t enough money to buy coffee for five. Malone paid, graciously, while we melted into our seats.

The last time I was fired, in 1987, I was reinstated on condition that I accepted voluntary redundancy. I accepted, being sick up and fed, to use a friend’s expression.

Before being head-hunted in 1989 to set up the newsroom at Capital (now FM104), I had freelanced for the Irish Press, the Sunday World and Magill magazine.

With the 1988 Broadcasting Act, Burke established the Independent Radio and Television Commission. All pirates had to be off air by midnight on new year’s eve 1988 or forfeit any chance of getting a licence. It worked.

Baulking at the costs

By February 1989 all independent radio licences had been allocated. That was followed by a pause as new licencees baulked at the costs involved, particularly where news was concerned. The legislation demanded 20 per cent airtime for news and current affairs, almost five hours a day. The pause became a vacuum. Pirates abhor a vacuum, and so they emerged again.

The government was anxious to get new stations on air. An agreement was reached between the IRTC and Capital to allow the station a derogation of one month from fulfilling the 20 per cent news requirement over the 24 hours, but it would meet it between 7am and 7pm. IRTC thinking was “get one station on air and the rest will follow”. It proved correct.

So there we were that bright, blue Thursday morning on the roof of St Stephen’s Green shopping centre, the city below us glittering in the smokeless air as Phil Lynott sang of his broken heart “in the old town”. Bliss was it to be alive.

It passed. There were four of us in the newsroom and two part-timers, mostly ex-Sunshine. We were determined to emphasise Dublin news. But it was July 20th, silly season, with nothing happening. We needed a strong Dublin story to start. There was none. Soon we were desperate.

Then someone spotted the front page of that day’s Irish Independent. It had a report by Brian Dowling about calls for an inquiry into planning corruption in Dublin. Eureka. I was familiar with the story, having reported on it for the Irish Press and Sunday World.

Further problems. Party spokespeople were on holidays. We were at the end of our tether when Eamon Gilmore, Workers’ Party spokesman on the environment, answered the phone. He was in blistering form. It did not escape us that the first politician we put on air on independent radio in Ireland was a member of the only political party that had completely shunned us throughout our pirate days. Needs must. It would have more serious implications.

After the Berkeley Court breakfast, Burke and Capital director Mike Hogan arrived at our Portakabins. Hogan was whey-faced. He took me aside and asked, “What the f*** is going on here?” They had heard the news en route in the ministerial car and, apparently, the minister was not happy about our story regarding planning corruption in Dublin.

But as he greeted colleagues in our news Portakabin, he was charming. He asked for a word with me. We stepped outside, where he announced with heat: “Don’t you know that one of the reasons we are setting up these stations is because of those f***ers?”

I didn’t, but I knew what he was talking about. The disproportionate influence of the Workers’ Party in RTÉ was common knowledge. I had a choice: to drop the Dublin story or allow it a normal news life. It wasn’t really a choice, however: the idea that the first news story on the first news bulletin of the first independent radio station in Ireland would be dropped because it upset a minister was unthinkable. It was a case of continue and be damned. We were.

Prior to our going on air, there had been much interest in other media about how we would meet the 20 per cent news requirement. In this newspaper on July 12th, I explained we were being allowed a derogation for a month.

Interviewed on RTÉ Radio One after he had left us that morning, Burke was appalled. “It would be totally illegal for the IRTC to give such a derogation,” he said. Consternation once again at Capital.

Our immediate problem was how to fill that requirement for July 20th itself. We did so by three of us sitting around a microphone that night for 2½ hours talking about radio. A few weeks later, at a press conference to launch Century Radio, I interviewed Burke again.

Afterwards he said to me “I was listening to you guys that night,” referring to our marathon chat-in of July 20th. He appeared to be smiling.

FLYING THE JOLLY ROGER: PIRATES OF THE AIRWAVES

Until July 20th, 1989, the only legal radio in Ireland was controlled by RTÉ. However, a plethora of pirate stations came on air in the late 1970s and early 1980s and soon attracted loyal listeners. By the late 1980s there were an estimated 74 of these in the State.

In Dublin they included Radio Galaxy, Radio Dublin, Ard, Big D, Southside Radio, Radio Leinster, Radio City, and TTTR. There was ERI and South Coast Radio in Cork and Radio Carousel in Dundalk. In fact, there was hardly an urban centre in Ireland that didn’t have a pirate station.

The arrival in Dublin in the early 1980s of “super-pirates” Sunshine and Nova brought the issue of independent radio to a head. They had powerful FM transmitters and advertisers liked their “clutter-free” format. They were hugely popular with young people. The demand was evident.

By the end of February 1989, the Independent Radio and Television Commission had awarded 25 local radio licences and one national licence.