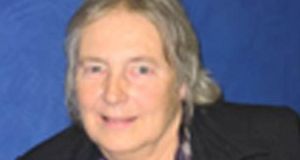 In a comment last week on the life and work of Maurna Crozier, who has died aged 72, the historian Jonathan Bardon remarked that in her work of reconciliation between Northern Ireland’s two communities she had shown “an unrivalled ability to find out those – however obscure – who were helping to make a difference and never to forget their names thereafter.”

Crozier was herself, arguably, obscure, given her name rarely entered the headlines. That she nonetheless made a huge difference was attested this week by a range of people throughout Northern Ireland.

Working from the late 1980s at the Institute of Irish Studies at the Queen’s University of Belfast, where she had taken a PhD in social anthropology in 1985, she and her colleagues in the Cultural Diversity Group there drove, as Duncan Morrow of the University of Ulster described it, “a new public culture of pluralism which both acknowledged and vindicated the many faces of the North, but also sought ways to bring them into dialogue with each other.”

This bore a rich harvest. In the late 1980s and early 1990s, two conferences were organised by Crozier on the themes of varieties of Irishness and Britishness of Northern Irish traditions, which resulted in books, published in 1989 and 1990 respectively. In 1991 another volume followed, on the European aspect of the North’s traditions, all edited by Crozier herself.

Then, after the setting up of the Community Relations Council in 1990, Crozier, who had joined it as its first programme director for cultural diversity, oversaw the production of a wide variety of projects from films to books, touring exhibitions, festivals and grass-roots community projects such as Derry’s Different Drums initiative, the latter bringing together Lambeg drummers from the Orange Order with traditional Irish bodhrán players.

Other projects included an anti-sectarian project for primary schools, An Ulster Wean’s A-Z, and community theatre projects to address related issues in the North.

During the late 1990s and early 2000s, Crozier served as president of Belfast’s renowned Linen Hall Library at what its just-retired librarian, John Killen, described this week as “a most important part of our development,” involving a £3 million extension to house its unique Northern Irish political literature section.

Killen added that Crozier “was very committed to peace and reconciliation,” and had “an intuitive understanding of people and their feelings, but also a great grasp of how things could be moved along.”

Dr Brian Walker, Professor Emeritus of Irish Studies at Queen’s, remarked that her work “was an important part of the debate about civic responsibility which wasn’t just about politicians, and, at the end of the day, major political groups became more inclusive,” in part as a result of her work.

Dr Walker said a “whole host of local publications” dealing with aspects of different traditions that began to make their way into print from the late 1990s onwards, were facilitated by Crozier’s work on identities.

She was also instrumental in reaching out to non-traditional aspects of Northern society after 2001, including projects involving the Chinese and Jewish communities. Nóirín McKinney, of the Northern Ireland Arts Council said this work fed into policy development.

Maurna Crozier was born in Belfast in 1942, the daughter of Robert Frizzell, the first general manager of the Northern Ireland Tourist Board, and his wife Molly (née Tandy), the daughter of a known acting couple.

Educated at Wycombe Abbey School in England, she attended Queen’s University from 1959 for two years reading English, then married Julian Crozier, a district officer in what was then Northern Rhodesia (today, Zambia), and went to live there for four years. Returning to Queen’s, she graduated in 1966, having become well-known in the circle which included Seamus Heaney.

On graduation, she worked in broadcasting with UTV and BBC Northern Ireland, before returning to Queen’s to research her doctorate.

Predeceased by her husband, she is survived by two sons, Daniel and Matthew, a daughter Briony, and grandchildren.

Coronavirus is new, but your immune system might still recognise it
7

‘I have become a shouter, and I am worried it is damaging my children’
Real news has value SUBSCRIBE