Launched in September, The Women’s Podcast aimed to fill a gap in broadcasting 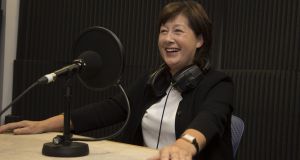 The Irish Times Women’s Podcast has been named Best New Irish Podcast of 2015 by iTunes.

It has featured women such as Marian Keyes, Erica Jong, Margaret Atwood and Elizabeth Gilbert, and has covered topics as diverse as politics, beer, cancer and make-up.

“We are delighted to be recognised by iTunes for what is a significant team effort,” said series producer Roísín Ingle. “We started the podcast because we felt there was a real gap in the market, not just in podcasting but in broadcasting in Ireland generally, something that was highlighted by the recent Hearing Women’s Voices report.”

The study by Dublin City University and the National Women’s Council, with funding from the Broadcasting Authority of Ireland, found that male voices dominated on the Irish radio stations

The Women’s Podcast is available for download from  iTunes podcast store and can also be found on Stitcher, Soundcloud and irishtimes.com.

It is part of a suite of podcasts produced by The Irish Times, including Second Captains, Off Topic, Inside Politics, Business and Books.

Seán Moncrieff: I’m sick of hearing this is the new normal
10

The air is filled with birdsong now. It was always there, we just couldn't hear it
Real news has value SUBSCRIBE