I’ve never eaten an avocado. Deal with it 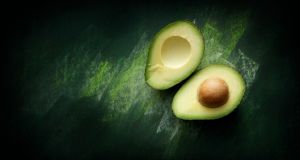 “The avocado became ‘a thing’ as part of the greater and largely nonsensical ‘superfoods’ fad.”

My name is Sean, and I’ve never eaten an avocado. Deal with it.

It was mainly due to indifference, but this turned into resistance when the avocado became a thing a few years back. I am instinctively resistant to things, though I do strive not to be all cranky-old-man in the face of change. For instance, I have considered getting a tattoo, though I keep failing to decide on a word or picture with which to permanently mark my body. I once came up with the highly clever (I thought) idea to just get a tattoo of the word ‘tattoo’. But everyone I told about this informed me that it was stupid and that I’m annoying. I get that a lot.

Anyway, the avocado: it became a thing as part of the greater and largely nonsensical “superfoods” fad. Here’s the thing about “superfoods”: eat your greens and fruit, exercise a bit, and you’ll be grand. There’s no shortcut around that. Kale and chia seeds and goji berries are no better for you than an apple or a carrot.

This is also true for the avocado – particularly so in this case as the avocado is quite fattening. A medium-sized one contains about 250 calories. That’s considerably more than a Crunchie. And a Crunchie actually tastes of something.

The secret ingredient in the avocado is marketing. That was added some years ago in California. In a desperate bid to make it sexy (it was originally known as the alligator pear), growers in California hired the PR firm Hill & Knowlton to change the perception of the fruit, which they did through the creation of an avocado-based character called Mr Ripe Guy and by advertising it around the Super Bowl.

That helped, but it was the advent of diet virtue-signalling on Instagram that earned the avocado its hipster credentials, with countless Instagrammers taking pictures of their breakfasts and parroting all the bogus health claims.

What they never mention is that the avocado is dangerous. It puts people in hospital. Apparently extracting the stone can be a tricky business and every year people end up in A&E having sliced through their hand rather than the fruit, sometimes giving themselves serious nerve and tendon injuries. There are no figures on how severe this problem is, but the British Association of Plastic, Reconstructive and Aesthetic Surgeons did call for a warning label to be put on avocados, while at St Thomas’s Hospital in London, staff have reported a “post-brunch surge” on Saturdays, with wounded hipsters staggering in their doors.

However, what’s most egregious about the avocado-industrial complex is the way it has developed a healthy, tree-hugging image. It’s anything but. Avocados in Ireland generally come from thousands of miles away – from Peru and Mexico, where growing them puts a massive strain on the environment. Each avocado requires a bathtub of water.

And because of the greedy demand in the west, the fruit in now unaffordable to many of the people who produce it. A kilo of avocados costs the daily minimum wage in Mexico. Earlier this year Australia announced a shortage and Kenya banned exporting them altogether: pressure that is in turn driving up the price. Mexico now makes more money from exporting avocados than it does from exporting petroleum – which has attracted attention from one of Mexico’s other main exporters, the drug cartels.

In the state of Michoacán, which produces 92 per cent of Mexico’s avocados, the cartels are seizing control of the industry through the use of the proven business technique of shooting you if you say no.

Rather than being the subject of a zillion soft-focus selfies, the avocado should be condemned for what it is: an environment-destroying, murder-promoting, fat-inducing barely-fruit. That doesn’t taste of anything much unless you lace it with salt. Or so I’m told.