Sean Moncrieff: I don't get Nathan Carter and the Country and Irish music tribe

Country and Irish? To my ears it sounds like country music but with all the blood drained out 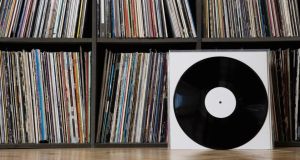 Once upon a time, you’d be prepared to listen to hours of crap on the radio in the hope of hearing that one song you liked. You’d save up to buy a Clash album and listen to it obsessively.

Music brings people together, but even more enjoyably, separates them. When I was younger, I could ruthlessly judge you by sifting through your record collection. It was tribal, and part of the joy was that some were members of the tribe, but most others were not. There was something those others didn’t understand, even if I couldn’t express what that something was.

Part of it could be that there’s no longer any effort required in owning music. Once upon a time, you’d be prepared to listen to hours of crap on the radio in the hope of hearing that one song you liked. You’d save up to buy a Clash album and listen to it obsessively. Now you can instantly download anything, and usually for free. The generation gap also seems to have melted away. Parents used to disapprove of youth culture. Nowadays mothers and daughters go to Beyoncé gigs together and sing songs about empowerment.

Of course, as you get older, your tastes change and broaden; or at least mine have. There’s virtually no genre of music I haven’t had a poke around in and found something wonderful.

Except one. I only realised it the other day. And it’s all the more surprising because it’s the last great musical tribe left in Ireland. Hundreds of thousands of people love Country and Irish: what Wikipedia calls a”musical subgenre mixing American country music with Irish influences”.

For some years, C&I was in the doldrums, severely wounded by the closure of Ireland’s network of ballrooms. But now it’s back with a yeehaw, along with a new roster of stars like Mike Denver, John Hogan and it’s current demi-god, Nathan Carter. They gig relentlessly, in turn spurring the growth of country dancing nights.

Now I love a bit of country: Patsy Cline, Waylon Jennings, Johnny Cash, Billy Joe Shaver. But Country and Irish? Don’t get it. To my ears it sounds like country music but with all the blood drained out. It’s a pale-skinned musical zombie, but one that is teeth-achingly saccharine and seems to pride itself on being so.

Then again, it’s probably not aimed at me. C&I seems to be about presenting some sort of pastoral ideal: of a gentle, old-fashioned rural Ireland (via Nashville) that doesn’t exist anymore. That never existed.

There may be all sorts of interesting socio-political reasons as to why this sort of music is popular again: what it is that this tribe are declaring to the world. But I’m unqualified to speculate. Look at me inside my impermeable Irish Times-Dublin 4 media bubble slagging off music outside the Pale. Once again, the media shows it is out of touch with the Real Ireland.

And yes, the Dublin media often betrays discomfort – even guilt – about not ‘getting’ some aspects of rural life: the most spectacular example being the Rose of Tralee. The media goes out of its way not to sound patronising, but in doing so, sounds patronising. Which may be what I’ve done here. I’m sorry. I just don’t get it.

But I don’t have to. No one part of Ireland can claim to be all of Ireland. And if we don’t quite understand one another, that’s fine. Irishness, and its various soundtracks, is not just a nationality. It’s a puzzle.