But, from Brussels sprouts to Guantanamo-style musical torture, I hate how we do it 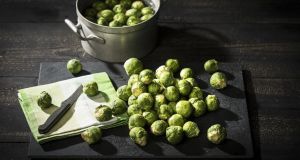 Here’s something you should know about me: I hate Brussels sprouts. The colour, the shape, the size, the sulphurous taste. Every single thing about the sprout I find utterly revolting.

There’s a reason why we only eat them on one day of the year: because they’re disgusting. We eat them on that day because the tyranny of Yuletide jolliness forces us to, and to do it with a great big smile on our faces.

Don’t bother: I can hear you think it. I’ve heard it a million times before. What are you saying? Sprouts are delicious! There are so many great ways to cook them! Roast them in balsamic and honey! Sauté them with bacon! Smother them with garlic butter!

That does sound delicious. Except for the fact that the myriad sprout recipes all aim to do the same thing: distract you from the fact that you’re eating Brussels sprouts. Which are disgusting.

People tell me I’m alone in this, but I doubt it. There’s a silent minority, even a majority, scared to speak up because of all the smiley-faced umbrage they know it will attract. Because we all know it’s not just about some midget Belgian cabbage that we’re pretending to like: it’s about the entire season it represents. Hate the sprout, and you hate Christmas. And we can’t be having that.

I don’t hate Christmas. I don’t.

It’s not too soon to be discussing this. It started a fortnight ago. As soon as the kids stopped shaking from the toxic sugar shock of Halloween, the media was bouncing with giddy expectation about this year’s glut of Christmas adverts. John Lewis. Argos. Lidl. A time of year that is supposed to be about peace and love and all that John Lennon stuff is now outsourced to commercial entities whose sole aim is to sell us Barbie and Chanel for men.

And while those retail outlets set the tone for our Christmases, they subject their employees to eight weeks of Guantanamo-style torture in the aural shape of endless loops of Wham and Slade and it was Christmas Eve babe in the drunk tank. Over the next six weeks, the emotional pitch in towns and cities across Ireland will be wound higher and higher until it achieves an inescapable psychic scream that rattles in our brains on Christmas Eve: when we jostle through the frantic crowds to make sure we have a drink with every single person we have ever known, and while doing so convince ourselves that yes, she would like a book on quantum mechanics.

Afterwards, everyone will ask everyone else the same question: how did you get over the Christmas? Like we’re just back from some sort of survivalist course. And we’ll say: yeah, grand. Quiet.

Christmas is supposed to bring out the best in us, but all too often it has the opposite effect

Don’t get me wrong: those Christmas commercials are lovely. Beautifully lit. Everything lovely and relaxed before the big day. No traffic jams, no crowded shops. No rabid drunk people. Families don’t row. Everyone lives in a three-storey Victorian house facing a park. Everyone gets the Christmas they want.

Except, of course, it’s not Christmas in the real world. The impossible ideal of advert Christmas makes sure of that. It makes sure we fret over who gets what, over crackers and mince pies and inedible Brussels sprouts and the complex roster of relatives who have to be visited. Christmas is supposed to bring out the best in us, but all too often it has the opposite effect; too often it drives people to loneliness, anger and meanness.

I don’t hate Christmas. I don’t. But sometimes, I hate the way we do it.