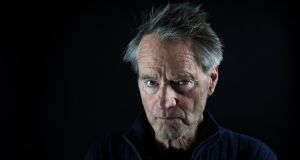 Sam Shepard, an icon of the US counterculture whose expansive writing for stage and screen captured the fractured American dream and the vanishing myth of the West, has died at the age of 73 from complications of motor neuron disease.

His career as an actor, playwright, screenwriter and director spanned more than 50 years, during which time he created just as many plays, with a style led by intelligence and instinct, drawing from an eclectic range of influences. One of the most critically acclaimed and widely performed US dramatists of the past 40 years, Shepard infused his major works – such as The Tooth of Crime (1972), Curse of the Starving Class (1976), Buried Child (1978), True West (1980) and Fool for Love (1979) – with a sceptical view of the American frontier, a preoccupation with family traumas, and inspirations taken from visual arts, dance, rock’n’roll and hallucinatory experiences.

Hailed as a experimental and visionary writer from his first appearance off-off-Broadway, and then as a film star of rugged charm and authenticity, Shepard became an American icon – the earthy, taciturn cowboy poet – even as his work was steadily dismantling others. His plays confined macho heroes and squabbling families to pressure-cooker conditions, and even his celebrated film roles, such as his Oscar-nominated performance in The Right Stuff, left terse champions bruised and scuffed.

An Irish connection  runs discreetly through Sam Shepard’s work, in symbol and reference

Shepard brought a rural romanticism to the world’s cities when he moved to New York in 1962 from a California farm, propelled by the discoveries of jazz and Samuel Beckett. The latter began an Irish connection that runs discreetly through his work, in symbol and reference, and that developed further through enduring partnerships with the actor Stephen Rea and, later, a firm association with the Abbey Theatre.

Shepard was born in Fort Sheridan, Illinois, and raised in southern California, the son of Samuel Shepard Rogers, a teacher, farmer and army pilot, and Jane (nee Schook), a teacher. His family settled longest in Duarte, in Los Angeles County, where his father owned an avocado farm. Curse of the Starving Class would make that the setting for a family tragedy, in which an alcoholic father and an idealistic son struggle for control of the farm and their future. It was Shepard’s first foray into naturalistic drama and close to autobiography: as a young man he clashed frequently with his alcoholic father, and left home after intervening during a parental row.

While working as a waiter in New York Shepard began writing irreverent and profane one-act plays for the off-off-Broadway circuit, winning notoriety. Accolades soon followed, with his double bill, Cowboys and The Rock Garden, winning the first of his several Obies, or off- (and off-off-) Broadway theatre awards. With another Obie winner, Buried Child, a play about a family’s collapse alongside the American dream, Shepard added a Pulitzer Prize to his mantel.

In the intervening years, after a productive collaboration and a tempestuous affair with the artist and musician Patti Smith, Shepard moved to London with his wife, the actor O-Lan Jones, and their young son, Jesse.

Stephen Rea and the Abbey

At Freehold Theatre, an experimental collective in the early 70s, Shepard was introduced to Stephen Rea, bonding with the Northern Irish actor over a shared fondness for pushing artistic boundaries and an economy of discussion.

In 1974 Rea played Cody, the lead role in Shepard’s drama Geography of a Horse Dreamer, for which his character is asked to adopt a “slightly Irish” accent, apropos of very little, at the end of the first act. When the two men reunited, in 2007, for the Abbey Theatre premiere of Kicking a Dead Horse, a monologue that was as Beckettian as their first collaboration was Pinteresque, Rea’s character, an American art dealer, also briefly returned to an Irish accent during performance. Shepard was never interested in fakery: “The dead horse should be as realistic as possible,” instructed his dry stage directions. “In fact, it should actually be a dead horse.”

The Abbey’s commitment to Shepard, from 2005 to 2011, saw five of his plays staged in quick succession, including two world premieres: after Kicking a Dead Horse Rea returned for the debut of Ages of the Moon, another Beckettian meditation performed with Sean McGinley in 2009. It was not, as the academic Emma Creedon pointed out, the only reason that Shepard could be introduced as “our own Irish playwright”: Irish references abound in his dramas, such as A Lie of the Mind, from 1985, which imagines Ireland as the “motherland”, to which a mother and daughter escape from the United States’ “fatherland”.

His associates spoke of a collaborative artist inclined to follow his gut. More than one compared it to following the improvisations of jazz

If the US had run short on promise – “There’s no such thing as the west anymore,” Austin, the screenwriter in search of authenticity in Shepard’s remarkable True West, complains; “It’s a dead issue” – Ireland stood as a romanticised point of origin in his dramas. His final play, Particle of Dread, a free-associating scatter of scenes inspired by Oedipus Rex, was premiered in Derry in 2013 by Rea’s company Field Day. If that work seemed to invite a psychological reading, Shepard was typically uninterested. “It’s the difference between reason and instinct, if you want to be intellectual about it,” Shepard told The Irish Times of his fascination with the ancient play.

His associates spoke of a collaborative artist similarly inclined to follow his gut; more than one compared it to following the improvisations of jazz.

Unpretentious about his inspirations

Never one to advance a concrete interpretation of where his impulses led him, Shepard was unpretentious about his inspirations. Of them, he said, “Beckett was incredible, but so was Jerry Lee Lewis. So was Little Richard.” His work is likely to endure, precisely because he left his mythic vision of the United States and its fraught inheritances intriguingly open-ended.

“I hate endings. Just detest them,” he told the Paris Review in 1977. “The temptation towards resolution, towards wrapping up the package, seems to me a terrible trap . . . The most authentic endings are the ones which are already revolving towards another beginning. That’s genius.”

He is survived by his son Jesse, from his marriage to Jones, and his two children, Hannah and Walker, with Jessica Lange, with whom he was in a relationship for 26 years.