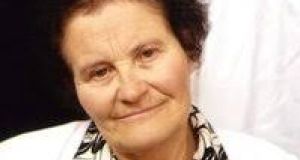 Marina Ratner proved her most influential theorem after she turned 50

Marina Ratner, an influential mathematician and Russian-Jewish émigré who defied the notion that the best and the brightest in her field do their finest work when they are young, died on July 7th at her home in El Cerrito, California. She was 78.

The cause was cardiac arrest, said her daughter, Anna Ratner.

Friends and colleagues have said that Ratner started as a good but unexceptional mathematician. “The beginning of her career was not particularly promising,” said Anatole Katok, of Pennsylvania State University, who met her in the early 1960s when both lived in the Soviet Union.

A common belief is that a mathematician who does not do great work by age 40 never will. But Ratner was about that age when she set off on an ambitious effort to connect the physics of the motion of objects with more abstract ideas of number theory.

She proved her most influential theorem after she turned 50.

“She struggled and went unrecognised for a long time,” said Artur Avila, a mathematician at the French National Centre for Scientific Research in Paris and the Institute for Pure and Applied Mathematics in Rio de Janeiro. “She is also one of the main examples to counter the myth that mathematics is a young person’s game.”

Amie Wilkinson, of the University of Chicago, pointed to the classic video game Asteroids to explain Ratner’s work.

“When an object crosses the right edge of the screen, it instantaneously appears on the left edge of the screen moving in the same direction,” Wilkinson said in an email. “The simplest case of Ratner’s Theorem applies to the motion of objects in the Asteroids game. If an object moves in a straight line indefinitely without turning, there are only two possibilities: either it will return to its initial position and repeat its path indefinitely, or it will never return to its initial position and instead will visit every possible region of the space.”

Ratner showed that for a higher dimensional, more complicated video game, an equivalent statement was true.

Avila said Ratner’s work had been the basis for that of younger mathematicians like Elon Lindenstrauss and Maryam Mirzakhani, two winners of the Fields Medal, the most prestigious honour in mathematics. Mirzakhani, the first woman to win a Fields, also died this month.

Marina Ratner was born on October 30th, 1938, in Moscow, the daughter of scientists. She graduated from Moscow State University in 1961. She then worked for four years as an assistant for Andrey Kolmogorov, a prominent Russian mathematician, before attending graduate school at Moscow State. She completed her doctorate in 1969.

When she applied for a visa to leave the Soviet Union for Israel, Ratner was pressured to leave a teaching job at the High Technical Engineering School in Moscow, Anna Ratner said.

Ratner and her daughter emigrated to Israel in 1971, where she became a lecturer at the Hebrew University of Jerusalem. She was able to pursue her mathematical research but was unable to find a permanent position.

Her work caught the attention of Rufus Bowen, however, at Berkeley, and he lobbied the university to hire her. It did, in 1975, initially for a temporary position, and even that, given her relatively meagre record, was controversial in the department. She eventually became a tenured professor.

Ratner was a member of the American Academy of Arts and Sciences and the National Academy of Sciences.

In addition to her daughter, she is survived by two grandchildren.

A marriage to Alexander Samoilov ended in divorce.