Remembering the family ‘rag bag’ in the press under the stairs. It came in handy 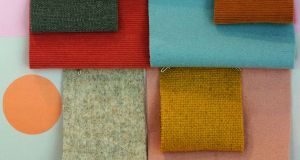 My mother kept what she called the “rag bag” in the press under the stairs. It was a large dark purple coloured sack with a draw string at the top to keep out the moths. It contained all sorts of odd pieces of material and old clothes that might come in handy for patching something.

In among these items was a very large pair of trousers that belonged to my Uncle Jack.

Jack Kennedy was my father’s older brother who had emigrated to America in his 20s. He returned to Ireland on a visit in 1949 when I was a baby. He owned a “diner” in New York with his name in bold letters over the premises. Because of this, business boomed thanks to JFK supporters during Kennedy’s campaign for office and later his presidency.

Whether Uncle Jack intentionally left this trousers behind after his holiday or just forgot them, I don’t know. As the pattern was a large check of greys and reds there was no chance my father or any of our relatives would be seen out in them.

They must have lain in the rag bag for at least six or seven years. One day when I was about nine years old, my mother took the notion to unpick all the stitching in the seams and pressed the pieces saying “there’s a great bit of stuff in that trousers”.

The following day , with me in tow and all the material in a bag, we called to Annie Dwyer, the local dressmaker, to inquire if she could manufacture a skirt for me with a bit of a flare in it for the coming winter. All the Kennedy men were tall and broad, so there was plenty to work with.

Annie was a dab hand with the sewing machine. She could turn an adult coat after a few years’ wear inside out and create a child’s coat or put a few inches of a contrasting material on to a girl’s summer dress when she had a spurt of growth.

I was duly measured up along with the pieces that Uncle Jack’s posterior had accommodated. Annie confirmed that she would be able to turn out something suitable for me. Sure enough, a few weeks later the skirt was ready. It had three panels, front and back, each one gradually widening towards the hemline, creating a nice flare a few inches below the knee – style indeed! I was warm and cosy for another winter.

I don’t remember what happened to the skirt after that winter’s wear but most likely it ended up back in the rag bag awaiting another reincarnation.