Our Wedding Story: Love, Tayto and some Honda 50s 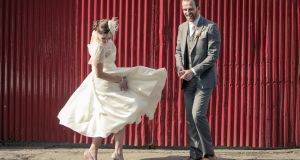 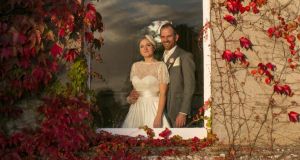 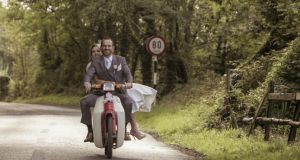 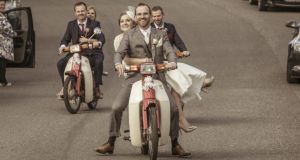 Paul (34) and Sancha (31) grew up in Clonea Power, Co Waterford and became friends in secondary school. Since 2001 their Christmas Eve tradition had been to meet for a pint in local pub Clancy’s.

On that night in 2013, Sancha was home from college (she was studying for a PhD at the University of Limerick), newly single, within a week so too was Paul. The pair became engaged seven months later in Australia.

Before they started going out, Sancha had planned a 30th birthday trip to Australia. Paul followed her to Perth – where his brother Kevin was living – and proposed with a charm engraved with “Marry me” in the city’s Kings Park. On September 26th, 2015, when everyone else had left the family home, Sancha, only child of Gerry and Jenny Power, had a gin-and-tonic with her father before travelling to the church in a vintage Mercedes, driven by a friend, he had organised as a surprise for the couple.

Sancha and Paul were married there by family friends Fr Ned Hassett and Fr Michael Curran. Paul’s favourite memories are seeing his fiancee arrive at the back of the church and “the journey to Lyrath Estate Hotel in Kilkenny: just the two of us, celebrating, catching up on our morning and night before”.

The wedding party left the church on three Honda 50s Paul had once used for a charity run and each guest was provided with a “snack pack”, including ingredients to make a Tayto sandwich, to shorten the road to Lyrath.

The couple’s family, including the groom’s parents Frank and Kathleen Quigley, and friends were involved in all parts of the day including Denise Morrissey who made the cake and Deirdre Cullinane who was responsible for the church music.

The bride’s aunts Crena and Alice and cousin Freda buttered the bread for the crisp sandwiches and her godmother gifted the couple with flowers by Village Flowers in Dungarvan. The Pearls played George Ezra’s Budapest for the first dance.

Sancha, who works with the Mid West Regional Drugs and Alcohol Forum in Limerick, and Paul, an apprentice with the ESB, bought a home in Clonmel, Co Tipperary and look forward to returning to Clancy’s on Christmas Eve as a married couple.

Paul Flynn: Here’s what happened when my kids took over our kitchen
4

Looking for a nifty home-working desk? This Irish designer model could solve your problems
8

From eating healthily to staying warm, how to treat Covid-19 in the home
9