One of the first whistleblowers on sex abuse in Catholic Church 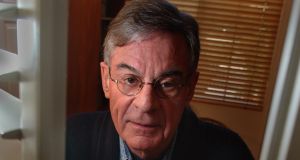 Richard Sipe: he was critical of how Pope Benedict in his 2010 apostolic letter to the Catholics of Ireland in the wake of the Murphy report ignored Rome’s culpability.

His major book, A Secret World: Sexuality and the Search for Celibacy, concluded that 6 per cent of priests (later revised to 9 per cent) had had sexual contact with minors and that at least a third of clergy were homosexuals.

For years his research work was called into question by the American hierarchy, but he has been posthumously vindicated with the removal from ministry and resignation of retired US cardinal Theodore McCarrick, Archbishop of Washington DC, followed by the shocking findings of more than 301 children being raped over 70 years by clergy in six dioceses in Pennsylvania. Sipe was critical of how Pope Benedict XVI, in his 2010 apostolic letter to the Catholics of Ireland in the wake of the Murphy report, ignored Rome’s culpability and attributed failures by bishops in the Dublin archdiocese to their ignoring canon law.

Priestly celibacy Raised in Minnesota, the fourth of 10 children, he studied at the Benedictine Monastery in Collegeville. His full name in religion was Fr Aquinas Walter Richard Sipe. After graduation he pursued further studies in Rome at the College of Sant Anselmo and St

John’s Seminary in Collegeville before being ordained in 1959. Further studies brought him to Kansas and Baltimore.

His research into priestly celibacy emerged after his Benedictine superiors asked him to train for and research the mental health problems and stresses of priests. From the 1960s he became concerned about the extent of sex abuse in the church. Systematically, he assembled data on the crisis. After leaving the priesthood in 1970, Sipe married Marianne Benkert, a psychiatrist and former nun and worked as a psychotherapist in Baltimore and as a consultant to the archdiocese.

In Baltimore in the 1980s Sipe insisted that “the celibate sexual system” expected priests to be chaste but failed to train them to do so. He concluded that no more than half of priests at any given time were leading genuine celibate lives.

He liked the company of journalists, including the Boston Globe team that broke the scandals in the Boston archdiocese under Cardinal Bernard Law in 2002. His deep-throat voice, heard over the telephone in the documentary film Spotlight, tipped off journalists to how devious priest predators operated. He was amused by how in the film, a character referred to him as “a hippie ex-priest who is shacking up with a nun”.

Doyle, a canon lawyer well known for his commentaries on the abuse scandals and cover-ups in Ireland. “When he and his results were condemned by the institutional church, he kept plugging and of course everything he said was proven right,” said Fr Doyle.

According to attorney Patrick Wall, an ex-Benedictine monk who addressed the Humbert Summer School in Castlebar in 2010, Sipe knew that “all trails led to Rome”. Along with Sipe and Fr Doyle, Wall co-authored a 375-page tome, Canonical History of Clerical Sexual Abuse. Using church documents buried in archives they debunked the contention that the current scandals in the Catholic Church were isolated to this era and showed that the Vatican enforced secrecy and silence on abusers and victims alike for centuries.

In his leisure time, Sipe was an artist who volunteered at San Diego’s largest Aids clinic and wrote several books of poetry. He is survived by his wife, Marianne, and their son, Walter, also a psychotherapist, and six siblings.

Ask the Expert: My husband has a very short fuse with kids
6

Ask the Expert: Nine-year-old son still sleeps in my bed
10