Mitch Albom: There is no pain that compares to losing a child

Life Lessons: ‘Success is what matters the most’ is the worst advice the author has got 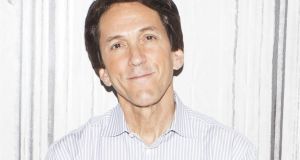 What’s the biggest challenge you’ve faced in your life?
Taking care of a five-year-old girl named Chika, from the orphanage I operate in Haiti. She was diagnosed with an inoperable brain tumour when she was five. My wife and I took her into our home in America and began a two-year around-the-world journey to try and find a cure. Along the way we became a family. She is the subject of my new book, Finding Chika.

What’s the best advice you’ve ever received?
You’ll be lucky if you’ll have two or three true friends in your life. And you’ll be even luckier if you marry one of them.

And the worst?
Success is what matters the most.

What moment changed your life?
When I saw an old college professor of mine, Morrie Schwartz, on TV explaining how he was dying from motor neuron disease. Although I had lost touch with him for 16 years, I went to visit him and was amazed at his spirit and wisdom, even as he was dying. We continued to visit every Tuesday until he died. I wrote a little book to pay his medical bills. That book was Tuesdays with Morrie. Everything changed after that.

Who do you admire most?
My parents. They endured so much and asked for so little.

What is the most pain you’ve ever experienced?
When our little girl, Chika, went off to heaven. There is no pain that compares, and I doubt there ever will be.

Who has had the biggest influence on your career?
A newspaper editor who took a shine to me when I was a young musician and said, “You might want to try writing. It can be a great life.”

What practical thing do you do to help your personal development?
Spend time every morning before I start any work listing everything in the day that I should be grateful for.

What location do you return to for a sense of calm and time out?
Any ocean and any beach. The sound of the waves sends me someplace else.

What’s your biggest flaw?
Taking on too much.

And your worst habit?
Eating late at night. I would have said 10 cups of coffee a day, but thankfully I cut all that out last year.

What would your friends say your most dominant trait is?
Always wanting to get things right and never leaving enough time to do it.

Do you have an unfulfilled goal that you don’t tend to tell anyone about?
I want every one of the 52 kids at our orphanage to earn a college degree. But it’s not a secret since I just said it.

What are you most proud of?
The life my wife and I have made together.

What is your life motto?
Giving is living. It covers an awful lot.

Finding Chika by Mitch Albom is published in hardback by Sphere