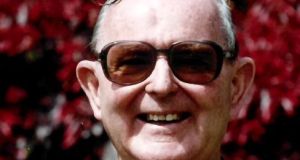 Fr Paschal Slevin: a jovial man and a born reconciler who knew everyone by their first name

The Franciscan missionary friar, Fr Paschal Slevin, OFM, who has died aged 83 after a long illness, was expelled from Rhodesia with fellow Irish missionaries by the minority white-controlled government in 1977.

Three years later, after the end of a protracted war of liberation, he returned to the new Zimbabwe and was welcomed by his old friend, the former revolutionary and the republic’s new president, Robert Mugabe, who has held an unyielding grip on power since 1980.

So formidable an infrastructure had Slevin built in health, education, farming and other endeavours that in tribute to his achievements, his funeral was attended by the acting ambassador of Zimbabwe to Ireland. Based in London, he is one of the many high achievers educated at the school founded by the missionary at Hwedza.

The high regard in which he was held, was also reflected in the letter of condolence sent by the vice-president of Zimbabwe, Emmerson Mnangagwa, to the Slevin family and the Franciscan Order, describing him as a “real friend and benefactor”, adding that he had worked “tirelessly” for the emancipation of the people of Zimbabwe at great risk to himself.

Born in Ballinacargy on the Royal Canal in Westmeath, Slevin was schooled locally before going to the Franciscan College in Multyfarnham in 1947. A fine footballer, he won a senior medal with Multyfarnham and a minor Leinster title with Westmeath.

In 1952, he joined the friars in Killarney and received the name Marian, which he later dropped. Professed in 1953, he gained a BA at UCG and then went to Saint Anthony’s College in Leuven for his first year of theology, spending the next three years at Saint Isidore’s College in Rome.

Ordained in 1960, he did pastoral theology at Saint Anthony’s in Galway with practical work in Athlone. He taught in Gormanston College for a year before embarking on missionary work in Rhodesia in 1962, going to the new mission at Hwedza where he began language studies.

A jovial man and a born reconciler, he knew everyone by their first name.

Transforming the local economy, he established a boarding school, a farmer’s co-operative and workshops. Working with Sr Teresa Corby LCM, a medical doctor, he also expanded the hospital.

During the War of Liberation, what the missionaries were achieving at Hwedza had come under investigation by the white authorities who closed the school and expelled friars in 1977. Slevin spent a year in Gormanston before moving to Broc House in Dublin in 1978, becoming deeply involved in the Movement for a Better World.

On his return to Zimbabwe in 1980, he resumed his work as religious superior until 1990 when his health began to break down after moving to the capital Harare. Dogged by ill health in his latter days, he moved between Zimbabwe and Ireland, where in 1992 he was appointed curate at Ballywaltrim in Bray.

A popular figure, he became parish priest the following year. Feeling well enough to go back to missionary work, he went back to Zimbabwe three years later but returned to Ireland when his health continued to deteriorate.

Asked how Slevin would have viewed the current situation in Zimbabwe, a former missionary said: “Paschal was very consistent and had a strong sense of what was right and what was just. He was very outspoken against the Smith regime, more by his actions than by words, by what he did to improve the life of the people.

“What he had been trying to achieve during his time there has not been fully realized because of the injustice that was taking place. Because of the chaos, people who deserved better are not getting that.”

Covid-19: How Northern Ireland has fared better than the Republic of Ireland
9