As literature’s oldest enfant terrible turns 70, John Self, who took his pen name from an Amis character, revisits the collected works 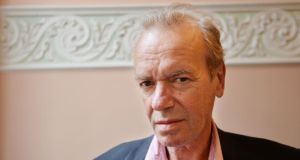 From the portentous title (via Russian thinker Alexander Herzen) on, this is a project that should have been strangled at birth. It betrays its troubled origins – the unpicked remnants of an autobiographical novel – in the thinness of the material, which is all the more scandalous when you think how rich and full Amis’s other long novels are. This fiction about feminism via a 1970s Italian holiday is cheerfully vulgar but – the worst horror of all for comic writing – fundamentally boring.

Typical line: “How was it that he had never taken due note of this – the beauty, power, wisdom and justice of women’s thighs?”

Amis’s second novel sought to shock with its drugs, violence and (mostly “cancelled”) sex among a group of repellent hedonists who reject humane values as “dead babies”. Inside there’s an attempt at murder mystery and a Menippean satire on society’s progress and the limits of liberation, but it’s drowned out by a chaotic structure and the stink of the male characters’ misogyny.

The best to be said about this book is that Amis clearly had fun writing it. But his style now is harder than it used to be, with less give, and this blunt comedy about a lottery-winning yob, vindaloo-eating dogs (“you never give them the Tabasco!”), 25-year-old grannies and a cast from a Channel 5 shockumentary feels sour, especially as written by a man in a Brooklyn brownstone and subtitled (yes!) State of England.

Typical line: “Cilla and Lionel were known in the family as ‘the twins’, because they were the only children who had the same father.”

We are now as far from Amis’s debut as it was from Virginia Woolf’s To the Lighthouse, so it shouldn’t surprise that the attitudes creak, but the grotesque descriptions of women are hard to take. Amis said anyone would have published his debut purely through curiosity, which is true. (Recall the New Statesman competition for the unlikeliest book title: winner, Martin Amis – My Struggle.) This story of a young man’s seduction plans has a handful of funny set pieces but is crude and immature.

Typical line: “Having Kleenex on the bedside chair was tantamount to a poster reading ‘The big thing about me is that I wank a devil of a lot.’”

What a mess! Nobody reads Amis for his plots – it’s the page-pleasure and the pungent atmospheres we want – and this one has chaos baked into its febrile structure. But for all its weaknesses (Xan Meo’s resurgent male violence, the baffling coffin-on-a-plane strand) there are full-blooded, funny Amis grotesques in tabloid journalist Clint Smoker and King Henry IX. The softening of vision (or sentimentality) in his writing about children is notable too.

Typical line: “His divorce had been so vicious that even the lawyers had panicked.”

Amis’s third novel brought much needed structure to his antic early style. It’s told in neatly paired narratives by adoptive brothers Gregory and Terry Riding, whose respective fortunes vary wildly. It also shows a new interest in characterisation, though oddly for a self-professed “gynocrat” (“the world would be better if women ruled it”), this was Amis’s third book in a row where women are little more than sexual objects.

Typical line: “I want to shout with pain and pull the world apart, but I just vaguely peek in the direction of the girl’s breasts.”

Amis’s best novels this century have been those that don’t offer diminishing returns on his 1980s and 1990s comic peak. You can feel under the page the effort he put into this novel, a love triangle in a Soviet gulag. Outside the loose plot, it’s mostly research left over from his Stalin book Koba the Dread, but the highly controlled narrative voice, with just echoes of the usual Amis repetitions and neologisms, makes it work.

Typical line: “Something strange was happening in the Soviet Union, after the war against fascism: fascism.”

If Success was Amis’s first interesting novel, his next book, Other People (subtitled A Mystery Story: geddit?), was his first good one. It even has a female protagonist, albeit one who looks in the mirror in order to admire her breasts. Mary Lamb’s amnesia enables Amis to employ defamiliarising descriptions borrowed from Craig Raine’s Martian poetry, and a conceit from William Golding’s Pincher Martin.

Typical line: “Limp hardly did justice to the spectacular unevenness of Mrs Botham’s gait: she walked like a clockwork hurdler.”

The technique for Amis’s best novel of the 21st century – and his second about Auschwitz – is similar to that of House of Meetings: it’s research-driven, but the strong narrative voices (two Nazis and one Jew) put character in the foreground. What happens when the unstoppable force of Amis’s style meets the immovable object of the Holocaust? More than you might expect.

Typical line: “Who are you? You don’t know. Then you come to the Zone of Interest, and it tells you who you are.”

Amis’s most London novel (“the streets like a terrible carpet”) is also his longest and most ambitious. It’s relentlessly quotable and memorable, but multiple focal points (sexy “murderee” Nicola Six, darts-playing lowlife Keith Talent, third wheel Guy Clinch and tricky narrator Samson Young) and a complicated structure give the narrative a clotted, staccato feel. And even by Amis’s standards, its misanthropy is off the scale.

Amis once accepted that his metier is “banalities delivered with tremendous force”. That summarises this book’s high concept: the Holocaust could make sense only in an inverted world, so let’s tell the life story of a Nazi doctor backwards. The execution is perfectly achieved: at first somewhat comic, then devastating. It won Amis his only Booker shortlisting and deserved it.

Typical line: “When is the world going to start making sense? Yet the answer is out there. It is rushing toward me over the uneven ground.”

His shortest novel has Amis’s only female narrator, and is written as a police mystery about a young woman’s suicide. But it cuts deep, with an understated (for Amis) style and his most humane protagonist: he finally wrote, after all these years, a good person. This book is one of his greatest achievements. Don’t believe me? Seek out Janis Freedman Bellow’s essay Second Thoughts on Night Train.

Typical line: “Here’s what happened. A woman fell out of a clear blue sky.”

Another big book about London (“the streets looked like the insides of an old plug”), centred on a struggling writer whose only friend has become the thing he fears most: a bestselling novelist. The comedy is unsparing but affectionate and the existential angst more acute than ever, even if the connected plot featuring minor criminals (Amis’s usual obsession) is less successful.

Money was a leap ahead of Amis’s previous books, an expansion of talent nudging genius, a helplessly funny voice, a 400-page monologue about addiction, failure, despair and lack of self-awareness. So appalling is his narrator John Self (I had to keep faith with my namesake) that Amis appears as a character in the book to show distance. Money shows that style is not something tacked on to a story: the style is the story.

With Megxit a dimming memory, Kate Middleton ‘has a good lockdown’
4

Covid-19 summer: It hit me hard when I realised the holiday wasn’t going to happen
Real news has value SUBSCRIBE