February 29th is the day women can ask men to marry them, but can leap year love last? 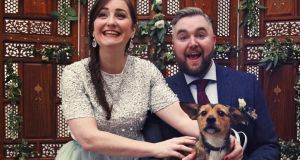 Aoife proposed to her husband Niall 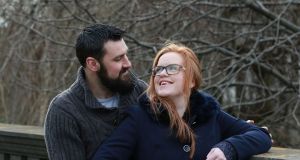 Claire Fitzpatrick proposed to her partner, Gary Donnelly, in June 2012, on the anniversary of their eighth year togetherPhotograph: Nick Bradshaw 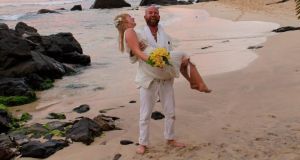 I’m down on one knee looking up at Niall, my boyfriend of five years. I’ve gotten him into the Iveagh Gardens in Dublin city centre, the scene of one of our first dates years earlier, under false pretences.

There’s a little pin, a family heirloom that I want to give him, burning a hole in my pocket. I’m going to ask him to marry me. It’s February 29th, 2012.

“I’m not going to die without getting engaged!” shrieks Amy Adams during a turbulent flight in the 2010 geographically challenged rom-com Leap Year. Adams’s character Anna follows her boyfriend (who hasn’t proposed yet, gosh darned it!) to a conference in Dublin, after her tipsy father (played by John Lithgow – it’s astonishing how bad movies can happen to good actors) tips her off about the Irish tradition of women proposing on leap year.

Due to bad weather, her plane is diverted to Wales where Anna then gets a ferry to Kerry (what?) where she meets the “lovable” Irish rogue Declan, played by Matthew Goode, who ends up driving her to Dublin to catch her man in time for February 29th.

It’s a bad, bad movie that no one, not men, women, Adams, Lithgow or Goode, comes away from unscathed, but it’s a pretty hilarious watch.

As I planned my own proposal in secret, I joked to my family and close friends that Leap Year was my inspiration. In truth, this terrible film shone a light on some troubling themes around a woman’s right to propose.

Was I perpetuating the myth that women are such dum-dums that they can propose only on one day every four years? That I was so desperate to fulfil my societal role as A Wife that I would ensnare my poor man into a life of servitude, trapping him within the chains of marriage?

A quick browse online and I find that the leap-year proposal tradition is attributed to a deal that St Brigid of Kildare made with St Patrick in the fifth century. I reach out to a number of social historians and folklore experts to confirm this, but no one could definitively tell me about any recorded references or proof of the origins of the tradition of women proposing on leap-year day.

Anna Bale, research editor and senior technician at the National Folklore Collection in UCD, does her best to find some evidence or reference in her archive for me.

“There is very little mentioned about leap year in conjunction with marriage proposals in our index,” says Bale. “In the Handbook of Irish Folklore, the only reference to a leap year is that it is believed to be an unlucky time for changing residence. There is plenty of information about matchmaking and marriage in the archive, and also about the taunting of unmarried persons, whether male or female: it makes for uncomfortable reading at times.”

The notion of marriage has changed in Ireland. It’s only a generation ago that it was unacceptable to live with a partner without being married to them. Though we have some distance to go on many issues, it’s undeniable that we have become a much more tolerant and equal society, even in the past 20 years. As a nation, the majority voted for marriage equality last May. That must mean we’re ready to take the proposals of women seriously, even outside a leap year, right?

“Of course,” says chef Niamh Fox, when I pose this question to her. “I’m proof.” She proposed to her partner Sam Gleeson on Christmas morning in 2014 by writing “Will you marry me?” on the inside of an enamel camping cup, one of his presents. “By the time he looked up, I was sat on the floor, bawling crying.”

Gleeson picks up the proposal story from here: “She was crying with nerves, so I got down on my knees next to her and asked if she was serious as I held her hands. She nodded and I said, ‘I’d love to marry you.’ And then we both cried.” The pair tied the knot on a beach in Sri Lanka in 2015.

Claire Fitzpatrick proposed to her partner, Gary Donnelly, in June 2012, on the anniversary of their eighth year together. “Gary had problems with his lungs and in March 2012 he had surgery and was in hospital for four weeks. It was tough seeing him like that. I realised life is too short, and that I wanted to marry him.”

She planned an elaborate treasure hunt of proposal clues that involved a penthouse suite in the Radisson Blu hotel, a trip to their favourite restaurant, a cocktail-making course at the Westin, and a helicopter ride. You know, just your average wedding proposal.

“I had set out to get him a ring. However, I found a pocket watch that I really liked and got that instead. At Christmas two years later, Gary arranged the seating at the dinner table and when I pulled a Christmas cracker, an engagement ring was in the cracker for me. I thought it was a standard cracker ring, put it aside and just popped on my Christmas cracker hat so that didn’t go as he planned.”

The couple are in the planning stages of their nuptials, in which their young son, Alex, will no doubt play a big part.

“I proposed to Chris in July 1996 because I chose to, not because some tradition gave me permission to do so,” says Edel. “I made a decision to take control of my own future, at my own speed. It was completely without reference to the leap-year tradition.

“In fact, when someone later pointed out that the proposal took place during a leap year, I was annoyed by the coincidence because I did not want people to think that was the only reason that I, as a woman, proposed. We married in Rome on October 4th, 1997, just days after my 25th birthday, and held a reception in Dublin two weeks later.” The couple now have two children aged 10 and 14, and a Yorkshire terrier aged four.

So how did Fox and Gleeson’s family, friends and acquaintances react to their happy news? “People were mostly supportive but it was a little bit of a mix to be honest, which shocked me,” says Fox. “Some people chose to ignore that I proposed at all, but were happy for us. I was told it was ridiculous, too. You never really know how traditional people are until you do something outside the norm.”

Four years ago, I had a similarly mixed bag of reactions when I proposed to Niall. Before I proposed, I took his mother, Pauline, out to dinner to ask her permission for Niall’s hand in marriage. “Good for you,” she clapped. “Beat him to it.” She was delighted. My own mother, though completely supportive, did raise doubts about whether I would be stealing Niall’s thunder. One of our mutual best friends, Alan, was adamant that Niall would love it, and encouraged me to go for it.

There were one or two raised eyebrows from other male friends who gave me the impression that they would be horrified if their partners proposed to them. I resented a few comments, said in jest, that I must have been in a terrible rush to get married. I really wasn’t. I just wanted to propose to the man I loved, so that he would know just how much I loved him.

“I do like traditions, and marriage is a beautiful one,” says Fox. “At the same time I think that women should have just as much right to propose as a man. If it is an equal relationship, there should be no problem with a woman proposing marriage.”

I agree. When I looked up into Niall’s face, under a tree in the Iveagh Gardens on February 29th, 2012, the look he gave back to me was the one I had hoped I would see in all of my visions of how this proposal might go. He looked upon me as an equal, as someone he loved, and someone that he wanted to say yes to. We got married on December 29th, 2014.

Even though the sentiment behind it was serious, it was also fun to propose to my fella on leap-year day. Most people love to hear the story of our engagement, and it’s a fun one to tell. In fact, it trended in Ireland when I shared it on Twitter in 2012, which was hilarious.

As a person who is bad with dates and numbers, I now have an anniversary date that will be pretty difficult to forget. I have no regrets whatsoever. If you know your relationship to be an equal one, the gender of the person who gets down on one knee should be inconsequential, whether it’s on a sunny Sunday in June or a leap-year day.

“Life is all about making choices,” says Fitzpatrick. “If you love someone and want to marry them, do it. Why sit around waiting or worrying about what other people think? Life is too short for that.”

The Covid-19 pandemic is changing the way we speak
8