The influential author – now 76 – has chosen the restoration of an Australian rainforest as her personal legacy project. The passion she puts into it is familiar from ‘The Female Eunuch’, as is her provocative approach 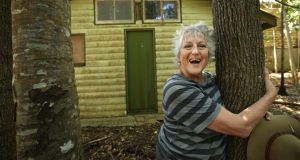 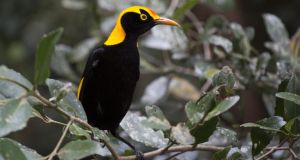 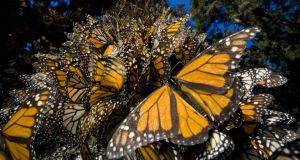 ‘It’s cheaper than a cocaine habit,” Germaine Greer says of her current consuming passion, the restoration of a Queensland rainforest long degraded by agricultural clearances. “It’s more fun than a world cruise. It’s the most uplifting freedom I’ve known.”

At 76, Greer remains almost as outrageously outspoken, and frequently as wickedly funny, as she was when she changed millions of lives with her feminist classic, The Female Eunuch, in 1970.

But there is a new hint of diffidence in her manner, sometimes a surprising tenderness in her tone. Her personal struggle to reanimate an ancient forest may have, in some ways, humbled her.

Just before our meet she had given a remarkable introductory address to an international conference of the Society for Ecological Restoration, in Manchester. She had started off by saying that she felt like “an amateur exceeding her brief” but then, typically, launched into a series of provocative speculations about a subject she has never studied academically: the monarch butterfly. Her remarks were airily free of scientific caution.

She wondered whether monarchs, famed for migrating from Canada to Mexico, are truly migrants at all or are simply bounced around North America by atmospheric pressure. She noted with displeasure their recent arrival in Australia, and admits to “disliking them for the same reasons I can’t drink Coca-Cola”.

But she also talked a deal of sense. She argued that ecological restoration must be paid for, like any other professional service, if society is serious about reversing the damage we have done to the global environment. She derided the dependence on volunteers of many conservation initiatives, using phrases that only someone with her feminist pedigree could get away with:

“We need professionals on the job,” she said. “You can’t be mean to middle-aged ladies who doesn’t understand how to use a secateurs and think restoration work is a half-day outdoors followed by a barbecue.”

This comment hit a raw nerve among her audience, some of whom were volunteers themselves. And volunteers do make a big contribution to conservation, if proper scientific supervision is involved. But many listeners recognised more than a grain of truth in her caricature, and it became a talking point for the rest of the conference.

We make our way across the road to her hotel, her arthritis troubling her every painful step of the way. She asks for a Bloody Mary – it is 10am – and settles into a sofa. How, I wonder, did she first become involved in restoration? Was she a nature lover from childhood?

“No, I grew up in the suburbs; I made daisy chains but knew nothing about native plants,” she says. “I read Heidi and dreamed of being in the Alps with gentians.”

But her younger sister Jane became a professional botanist, and Greer caught her enthusiasm on flower-hunting holidays, although they were not always exactly in tune with each other.

These trips are the source of some of the most beautiful writing in Greer’s recent book about her rainforest restoration, White Beech. But both there and in our interview, timelines and motivations are often vague and contradictory.

I ask whether her work with Buglife, the insect NGO for which she notoriously appeared on Celebrity Big Brother, a show she had previously eviscerated, predated her interest in restoring the rainforest. There is a silence, and then: “I honestly don’t know. I don’t think about myself that much. I’m a classic of the unexamined life.”

At first, she says her sister had nothing to do with her current project. But she clearly owes much of her remarkable botanic knowledge to their encounters. “I listened and tried to learn everything she told me, but I was naughty. I always jump to the next idea instead of doing it the hard way,” Greer says.

She returns repeatedly and lyrically to their travels together, but it is always with a hint of pain. “In Western Australia we realised that after a burn the orchids come out of the ground – bang! – like feathers out of a toy revolver. So every time we saw a burnt bit we stopped the car and crawled through the blackened undergrowth, and saw amazing things . . . But the last time we botanised together didn’t work quite so well.”

Greer was “crazy about finding a tiny little carnivorous sundew” that grew on her sister’s street. “Jane was utterly bored by it. But that’s all right. Then I bought a property in Queensland, so we would have a project to work on together, but that didn’t really work, because she wasn’t interested. But it’s okay . . .” She tails off very quietly.

That property seems to have become the dominant relationship in her life, one she feels very personally indeed. But it wasn’t love at first sight. “At the beginning I thought, Not for me. I thought, It’s horrible, buggered. But then – I don’t know why – I came back in the evening. I still think it was the forest that called me back. I just wanted to hear it when it was waking up, and the busiest time for your nocturnal animals is twilight, so I came and sat in the twilight. And then the bird came out and danced for me.”

The dancer was a regent bowerbird, a canopy-dwelling species that Greer still sees unusually close to ground level around her house. She is convinced it welcomed her into the forest community. It’s a typical Greer contradiction, the same rigorous academic mind that will argue about the minutiae of taxonomy embracing an irrational personal relationship with nature. How seriously does she mean this?

“Well, I have a joke with the forest that when it gets fed up with me, it will kill me,” she says. “I’ll just be walking and a bough will come down and I’ll know nothing about it. It will be merciful. It will be better than living in a home.”

Age, memory loss – “a pain in the arse” – and infirmity crop up repeatedly. She is trying to divest herself of possessions accumulated over a lifetime – “tchotchkes from all over the world. What’s the point of them?” – and of her English home and library.

“I want to get right down to, I’m saying a single room, but I don’t really mean that,” she says. “Well, if I end up in a facility I will be in a single room.”

So will she move to her house in Cave Creek forest permanently? Her rational pragmatism suddenly reasserts itself. “No, it’s too hard, too hard to live there,” she says. “I could get hurt, bitten by a rough-scale snake, or break my ankle, and couldn’t get to the landline. There’s no mobile coverage. No, the forest is not for living in, except by the creatures who live there.”

Greer is vague about the scientific advice she has sought, however, and seems unfamiliar with some cutting-edge Australian restoration work. She says she sacked her first scientific adviser and “instigated the first planting myself”.

She admits freely that her trial-and-error approach, which risks reinventing several ecological wheels at best, does not always work. “We got everything wrong. We made plenty of mistakes.”

She now works with “very skilled tree people”, and it seems that they are at least temporarily winning the battle to liberate the rainforest species from the invasive alien plants and grasses that were suffocating the local biodiversity. She clearly loves the work.

“I’m a little-plant person. The boys are all tree people; they can’t be bothered with the little stuff,” she says. “I bother about the little stuff all the time. I can be found splitting a clump of native violets, and planting them out on a tray till they establish, and then cutting them out and putting them in the ground, and they go mad. “Then the pademelons” – scrub wallabies – “come with their babies, and teach them to eat the violets. I’ve got photos of them picking them and giving them to their joeys.”

But might not all this just be a very adventurous form of gardening? What is her scientific template for maintaining the forest into the future, as it faces the challenges of climate change and ever-increasing numbers of invasive alien species?

“We let the forest dictate who lives and who dies – that’s why it’s not gardening,” she says. “The forest itself is the template. It covers everything in its vegetable fur, and keeps it cool, keeps it warm, and things keep coming back again, so fast you can’t believe it.”

Greer has encountered many critics, literary and political, in her long professional life. In choosing this rainforest as her legacy project she has submitted herself to nature and time, the toughest critics of all.

White Beech: The Rainforest Years is published by Bloomsbury. gondwanarainforest.org

Let’s go outside: The why, how and where of getting outdoors, whatever the weather
4

Seán Moncrieff: Where am I from? I don’t know
5

What is the going rate for a home in Co Donegal?
7