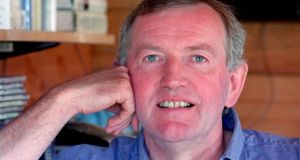 Liam O’Flynn: the uilleann pipes were at his core, and he inhabited them like nobody before him ever had. Photograph: David Sleator

Traditional music lost one of its finest exponents with the passing of Liam O’Flynn. He was, without question, the most significant figure in uilleann piping in Ireland, a musician whose innate musicality and distinctive piping technique ensured that this complex instrument occupies a central place in our musical landscape. A musical adventurer to his core, he never allowed the pipes to become subservient to any music genre, but instead incorporated them seamlessly, usually providing the ballast to a tune, song or poem.

O’Flynn knew the value of simplicity, of space – and of silence. A founding member and president of Na Píobairí Uilleann, he remained faithful to the piping tradition while courageously venturing into previously uncharted terrain.

Born in Kill, Co Kildare, his father, also Liam, was a fiddle player from outside Tralee and was a school principal in Kill. His mother, Maisie, from west Clare, was related to renowned fiddle player Junior Crehan. She played piano and church organ, so Liam was steeped in music from birth. He had one brother, Micheál, who predeceased him, and is survived by his wife Jane and sister Maureen. Liam and Jane, an accomplished horsewoman, lived in Ardscull, outside Athy.

It was through his connections with Junior Crehan that O’Flynn first encountered the master piper Willie Clancy, and the pair became firm friends.

He took up the pipes at the age of 11, attending piping classes in the Municipal School of Music with another renowned piper, Leo Rowsome. From a young age, he performed with Rowsome in sessions, the impeccably attired master and pupil learning from one another as they wended their way through a session.

Anyone who saw and heard O’Flynn play was struck by the draíocht that infused both the man and his music. His was an other-worldly piping style, which exemplified the strong attributes of the instrument, particularly its richness of tone. He developed a unique style that was to become the north star for countless aspiring pipers on their own personal quest for musical expression.

Séamus Ennis was the third seminal piper whom O’Flynn met during his formative years. The pair shared a rented flat in Terenure during the 1970s. Such was Ennis’s respect for O’Flynn that he bequeathed him his pipes, because, Ennis said, “he could play them”.

It was O’Flynn’s appearance on Christy Moore’s 1972 album Prosperous that first saw the coming together of the foursome – with Dónal Lunny and Andy Irvine – who became Planxty. Planxty’s eponymous debut album was released in 1973.

It fired the starting gun on a mesmerising chapter in Irish traditional music. Here was a music which the band made their own through an alchemy of imaginative song and tune choices and bold arrangements. The full-force gale that epitomised Planxty’s sound was exemplified by O’Flynn’s piping segue from Raggle Taggle Gypsy to Tabhair Dom Do Lámh.

After Planxty’s demise, O’Flynn pursued a career as a solo piper, and collaborated with Matt Molloy and Paddy Glackin. Further musical adventures ensued, in 1979, with John Cage’s avant garde Roaratorio (“an Irish circus on Joyce’s Finnegans Wake”) and, in 1980, with Shaun Davey’s The Brendan Voyage, which placed the pipes front and centre in an orchestral setting for the first time. It was a courageous move at which a lesser piper may have baulked, but O’Flynn yet again elevated the pipes to a place where new audiences could appreciate their complex beauty.

His collaborations with Seamus Heaney on The Poet & the Piper marked another milestone in his musical journey. Later collaborations included LAPD, with Andy Irvine, Paddy Glackin and Dónal Lunny, and in between there were guest appearances with Kate Bush, Enya and Emmylou Harris, alongside film soundtrack commissions.

O’Flynn’s love of horses led to his first encounter with his wife, Jane. She was his compass, and he was never happier than when he turned his car for home after a gig. His sporting interests were eclectic, and included golf, boxing and motorbikes. Still the pipes were at his core, and he inhabited them like nobody before him ever had. His flawless mastery of the uilleann pipes has left a priceless legacy for generations of pipers who follow him.